Blind Beekeeper Relies on Sound to Keep Her Hives Happy 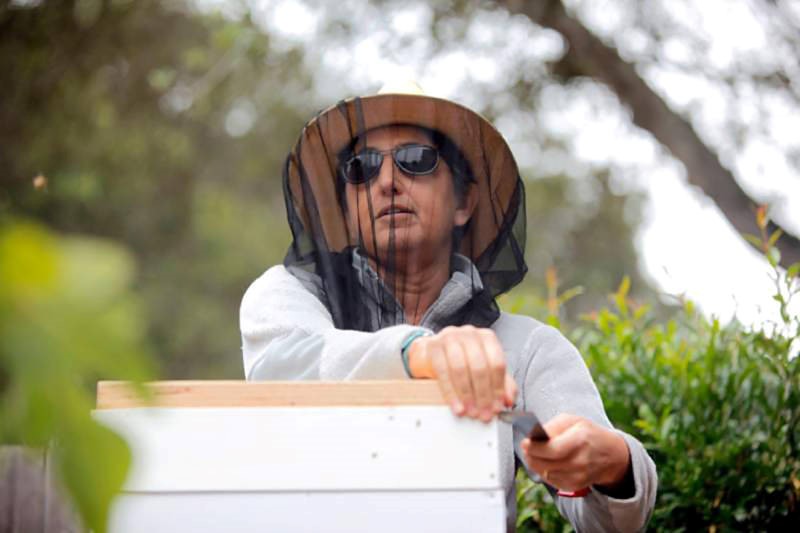 “I can hear how the bees are behaving — if they’re agitated, if there are other bees trying to get in the hive, or if it’s too crowded or too hot or too cold,” said Aerial Gilbert, an avid beekeeper in Petaluma.

What you want to hear, she said, is a calm steady buzz. That indicates that everything in the hive is going smoothly.

Gilbert tends to three beehives on her back patio.

When Gilbert went blind in 1988, beekeeping was one of the hobbies she figured she’d have to give up. But in the years since, she has found ways to do the things she used to before losing her sight. And that has meant relying a lot more on the power of sound.

“When I worked with my bees, the information I was paying attention to was visual,” Gilbert said. “Now it’s the other senses.”

The Bees Came in the Mail — With the Hive

Gilbert is in her early 60s but looks younger. She has a crop of black hair and an athletic frame. She used to be a nurse, and with the decisive yet gentle way she moves her hands, you sense she was good at it. 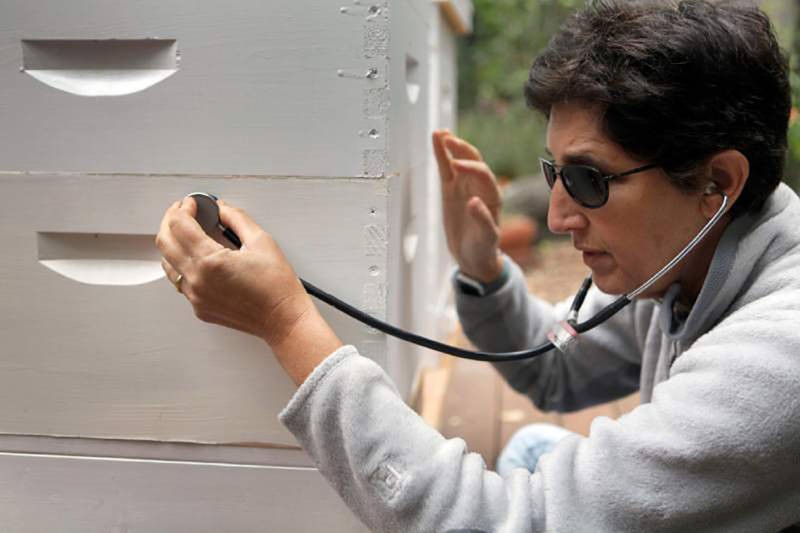 Gilbert doesn’t hesitate to open the hives in her backyard and reach down into the humming mass of thousands of bees. Her fingers softly brush against their bodies, and they don’t seem to mind. She calls the bees her “girls.”

When Gilbert was 10, a swarm of bees flew into her backyard looking for a new home. Hundreds of thousands of bees coalesced in a big buzzing ball on a tree. And they stayed, humming in a giant mass.

I can hear how the bees are behaving — if they’re agitated, if there are other bees trying to get in the hive, or if it’s too crowded or too hot or too cold.’Aerial Gilbert, a blind beekeeper in Petaluma

Gilbert’s grandfather remembered the name of a local beekeeper and gave him a call. He said he’d be happy to have the bees. Gilbert watched the beekeeper walk calmly over to the giant blob of bees and scoop them up with his bare hands. He carried the swarm back to his car and left. Gilbert was mesmerized.

When Gilbert was a junior in high school, her parents finally capitulated to her demand for her own hive. She ordered her first bees from Sears and Roebuck.

“They came in the mail, along with the hive,” she said. “The postman was terrified. He got to the door and my mom was there, and he just shoved them in her face and said, ‘These your bees, lady?’ ”

It took a long time for Gilbert to get used to being around bees.

“When I first started beekeeping I was afraid of them,” Gilbert said.

She would gear up in a white suit with big thick gloves.

“There’s so much visual information you get by looking at the honeycomb and the brood nest,” Gilbert said. “I didn’t think I could be a good beekeeper without being able to see.”

Vision Lost in an Instant

Gilbert lost her vision in an instant. After working the night shift at Marin General Hospital in 1988, she stopped at a pharmacy to buy some eye drops. They had been tampered with, filled with drain cleaner.

“I felt sorry for myself. I was afraid of everything. I kind of closed myself down to ‘you might as well be dead,’ ” she said. “I didn’t think I could do anything.”

It was a long process of healing and realizing she wouldn’t get her vision back, not even some of it.

“I … woke up one day and started projecting out what my life would be like because going in the direction I was going wasn’t working,” Gilbert said. “I had always been very active. Now I was going to have a really boring life if I didn’t do something to change this.”

‘When I worked with my bees, the information I was paying attention to was visual. Now it’s the other senses.’ Aerial Gilbert, a blind beekeeper in Petaluma

The FBI and the federal Food and Drug Administration are probing an incident in which a nurse was blinded by eye drops contaminated with a caustic chemical. “Her left eye looks like it melted and her right eye looks like it’s covered with white glue,” said Richard Critchlow, an attorney for Gilbert Van Zee Miller, 34, of Fairfax in Marin County.

To Read the Rest of the Story Go To; 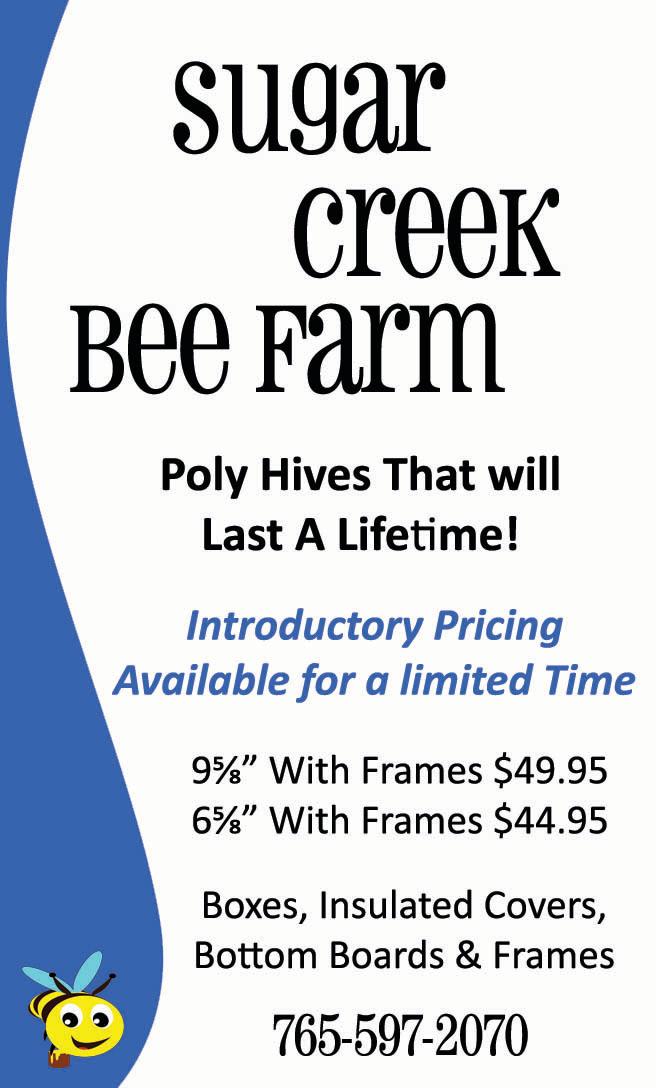