Yes, Beyoncé Has 80,000 Bees. But Does Her Honey Have The Power To Heal?
By: Elizabeth Gulino

Arianators. Beliebers. Swifties. All of the most influential performers in the world have an endearing nickname for their diehard fans. So it’s entirely fitting that Beyoncé, aka the Queen B, does too: the Beyhive. Never in my life, however, did I imagine that Beyoncé also had literal beehives, which she used for her own personal supply honey. But she does.

In a new interview with British Vogue, the pop culture icon was asked, “What is something I would find surprising about you?” Her answer was better than anyone could have asked for: “I know it’s random, but I have two beehives.

Real ones. I’ve had them at my house for a while now. I have around 80,000 bees and we make hundreds of jars of honey a year,” Beyoncé revealed.

Those bees are not a tribute to her nickname, though. “I started the beehives because my daughters, Blue and Rumi, both have terrible allergies, and honey has countless healing properties,” she explained.

Queen B might be onto something here. Honey has long been used medicinally — for at least 8,000 years. Nural Cokcetin, PhD, postdoctoral research fellow at the University of Technology, Sydney, who studies the sweet stuff, previously told Refinery29 that honey has anti-inflammatory, antioxidant, and prebiotic properties. And local honeys may have more benefits than the jars you buy at the grocery store, according to a study published in the Asian Pacific

Whether or not honey can actually treat or prevent seasonal allergies, though, is unclear. My parents always gave me a dripping spoonful when the flowers started blooming each spring. I never complained because honey is delicious — but I also took an antihistamine, which was probably a good idea. The studies looking into honey and allergies are pretty small, and they deliver mixed results: One study of 40 people found that having one gram of honey per kilogram of body weight each day improved a person’s allergy symptoms over the course of eight weeks, more so than someone swallowing a placebo. But that’s kind of a lot of honey — for a 150 pound person, it’s over three tablespoons. Plus, all the participants were also taking an antihistamine. And another study of 36 people found no correlation between eating honey and their allergies improving.

Still, the Black Is King creator isn’t the only person to believe in the powers of honey. The American College of Allergy, Asthma, & Immunology says that there’s widespread belief that eating local, unprocessed, or “raw” honey can help allergy symptoms. Local honey contains local pollen, the thinking goes. Being exposed to small amounts of pollen can build up your body’s immunity to it, so you stop producing an allergic reaction. But again, the organization notes that there’s no proof that this sweet technique works.

And while for most people, the treatment isn’t likely to be harmful, some people with a severe bee or pollen allergy could experience a strong allergic reaction to a spoonful, so be sure to check with your doctor before trying this home remedy.

All that said, I would do literally (figuratively) anything for a jar of Queen Bey’s Beyhive honey. Surely she has some to spare — she said her hive produces hundreds of jars a year. How do I get on the mailing list? 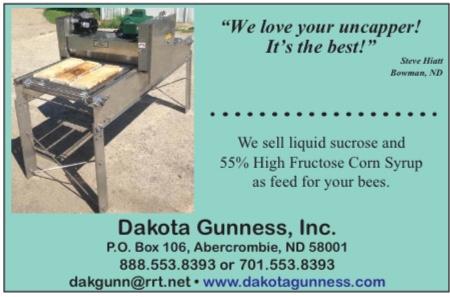