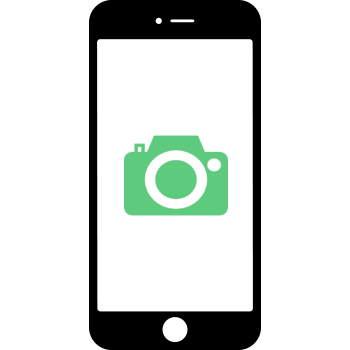 When it comes to beekeepers and beekeeping the subject of a Kickstarter campaign usually doesn’t generate much interest, much less excitement, but for the past few months, there hasn’t been a more exciting topic of conversation.  Specifically, the subject is an app called BeeScanning, which was created to help beekeepers spot parasites that threaten their bees.  The key, according to the developer, is the combination of ordinary Smartphone photos along with an algorithm that alerts beekeepers to the presence of Varroa mites in their hives.

According to the developer of the program, a Swedish beekeeper and inventor named Bjorn Lagerman, “We are losing our bees at a phenomenal rate.  In the United States alone, more than 40 percent of the colonies have disappeared.  Unless we do something soon, bees will cease to exist, and as a result, humans will cease to exist.  About a third of our diet comes from plants that depend on insect pollination.  When the bees are gone, we are in big trouble.  I think that one of the important things we can do to help prevent this problem is to at least get rid of one of the main scourges of honeybees, Varroa mites.  Identifying Varroa mites in hives is the purpose of BeeScanning.”

The scientific name of the tiny mite is Varroa destructor, which gives an idea of how devastating it is.  These destructive pests latch onto bees and brood, literally sucking the life out of them.  Left unchecked, Varroa mites can destroy entire colonies.  The key to detecting them is continuous monitoring of bees.  Unfortunately, traditional methods of identifying Varroa mites are time-consuming and impractical.  Varroa multiply exponentially and can only be stopped if they are caught early.

Fortunately, beekeepers and scientists have worked together the past few years to develop a number of effective methods to kill Varroa mites and other pests.  These include hot hives and robobees that replace natural pollinators.  The problem with varroa mites remains, however, largely due to the difficulty of detecting their presence in hives.

Recently, a group of concerned beekeepers and software engineers in Sweden joined together to develop another method, an AI-powered app called BeeScanning, which analyzes beehive images to spot Varroa mites, then alert keepers of their presence so they can rid their hives of the mites.

The images these keepers upload will help the BeeScanning team train an AI to identify individual mites in a picture full of bees. By the end of 2017, Lagerman hopes to compile a database of 40,000 images from 10,000 hives, which would be used to train an algorithm to efficiently spot the mites. They want to raise money on Kickstarter to fund the app’s software development and distribution.

Lagerman, who has been a beekeeper for more than 45 years, got the idea for BeeScanning after he started taking pictures of his hives for the purpose of learning how the mites develop.

“The BeeScanning app came to me last summer as I was taking pictures of frames with brood in order to learn the capacity of different queens.  I never had noticed them before, but when I started examining the stills I discovered the existence of mites, which are difficult to see when you are looking at bees that are alive and moving.”

The Varroa mites appear as little red dots on the backs of bees.  Fortunately, the more pictures Lagerman took, the more mites he found among the bees in his hives.  He finally realized that he could develop an app that he could use to scan the images much faster and more accurately than with his naked eyes.

Lagerman put together a small team of researches and engineers to develop the app as well as a program to put on Kickstarter to raise funds.  Their initial plan was to launch the tool in order to help beekeepers around the world by giving them a platform upon which they could upload images of their own hives.  This collaboration would allow them to assemble a database

This is where the group’s machine learning proficiency comes into play. Because the red mites are strongly contrasted against the back of the bees, an object recognition algorithm can be used to quickly check batches of bee images for the pests.  BeeScanning provides beekeepers with a quick test to check for Varroa mites, as well as offering the research community a new tool for studying them. Lagerman is emphatic that the current standard chemical treatment of bees isn’t sustainable in the long run and that resources need to be dedicated to identifying more resistant bees.

“Another problem that is solved with the BeeScanning app is the difficulty of Varroa mites that might be on the bees, but because of where they are, they are difficult to see,” Lagerman explained.  “Varroa mites are most common on the backs of bees, but sometimes they can be found in places where they are not readily seen such as under wings and other places on their bodies.  The BeeScanning app can find these mites wherever they are hiding and alert the beekeeper of their presence.”

With the images they collected, the developers of BeeScanning are able to train an AI to identify individual mites in a picture full of bees.  By the end of 2017, Lagerman hopes to have compiled a database of more than 40,000 images from more than 10,000 individual hives, which would be used to develop an algorithm to efficiently spot the mites.

What Lagerman never predicted was the high level of support that people around the world exceeding it by a good amount.  The project reached its goal of 50,000 Swedish krona ($5,745) within the first 10 days of the campaign. That money will help fund the database. The team has now added a number of stretch goals to enable features such as offline mode and a community-focused web interface.

Further, within days of successfully completing the Kickstarer campaign, the Swedish Agricultural Department external assessment board named the project “as a good innovation project that fits to the purpose of the European Innovation Program” We are asked to complete certain budget posts but are confident this means we can fund the project.

“If you don’t monitor Varroa mites and treat accordingly, your bees will die,” Lagerman said. “It’s that simple.  That’s the motivation driving beekeepers to examine their colonies in all ways they can think of!  BeeScanning is another tool that we offer beekeepers in their efforts to find effective means of fighting Varroa mites in their hives, and having healthier bees in the future.”