Stephen Burney and his wife Jen started Hudson Hives in 2016. 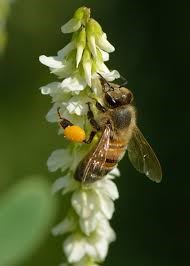 HUDSON – Stephen Burney has long had an affinity for bees and beekeeping.

Burney’s love of the golden-yellow buzzing creatures dates back to time spent with family in Ireland during his childhood. He intently watched his cousin, a beekeeper, and quickly developed an interest.

“That’s what gave me the bug to become a beekeeper,” he said.

After moving to Hudson’s east side several years ago, Burney decided to turn his interest into a hobby and later, a business. He took an eight-week course through the Worcester County Beekeepers Association and had two hives his first year. Burney re-enrolled in the course the following year to sharpen his knowledge and has continued adding to his hoard of hives over the years.

“It’s a never-ending learning curve,” said Burney. “There’s so much I don’t know that I learn every year through experience and trials.”

Burney and his wife Jen – a certified herbalist — opened Hudson Hives in 2016 and sell their honey at farmers markets and in several stores, including the Crouse Nest, Mullahy’s Artisan Cheeses and Specialty Foods and Brad’s Gourmet Delicatessen in Hudson, among others.

Burney has more than 30 hives in local backyard gardens across Hudson, Stow.

Burney characterized beekeeping as his second full-time job. He works as a radio frequency engineer for T-Mobile, but often finds himself working 40 hours a week on his beekeeping. Often he wakes up before dawn to put together bee frames and fill bottles before heading to his engineering job.

“Any spare moment I can muster is going to do something bee-related,” he said.

Hudson Hives raises honeybees using sustainable practices and harvests in small batches the old-fashioned way. They do not move bees for the commercial pollination of crops. The bees forage biodynamic herb gardens collecting pollen and nectar and in the process pollinate the plants, flowers and trees, according to Hudson Hives’ website.

Each honey is unique in color, flavor and aroma depending on the nectar of the flowers visited by the bees and the season in which it was collected. One year, Burney was able to collect 183.5 pounds during the springtime harvest.

“That’s the reward of my labor,” he said.

Hudson Hives offers other products, including raw honeycomb, honey sticks, honey lip balm and handcrafted soaps. Burney attends the Hudson, Shrewsbury, Maynard and Westford weekly farmers markets. It can be difficult getting into a market because many already have vendors selling honey.

“When the opportunity rises you have to jump on it,” he said.

Customers are still attending area farmers markets to get fresh, locally-made products despite the ongoing coronavirus pandemic. Local farmers markets have put safety and social distancing measures in place to ensure the safety of customers and vendors, such as plexiglass partitions and limiting the number of customers allowed in the market at one time.

“People have been really supportive,” said Burney. “People are not going away.”

Burney takes great joy in not just harvesting the honey.

“I really enjoy watching the bees,” he said. “It’s amazing.”

For more information, a full list of products and retail stores where Hudson Hives products are sold visit www.hudsonmahives.com. 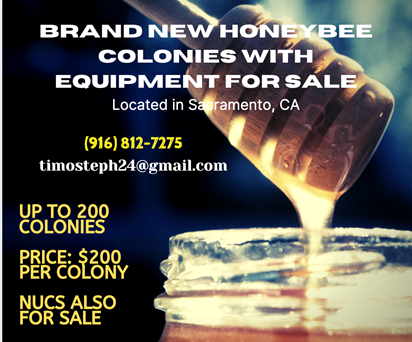