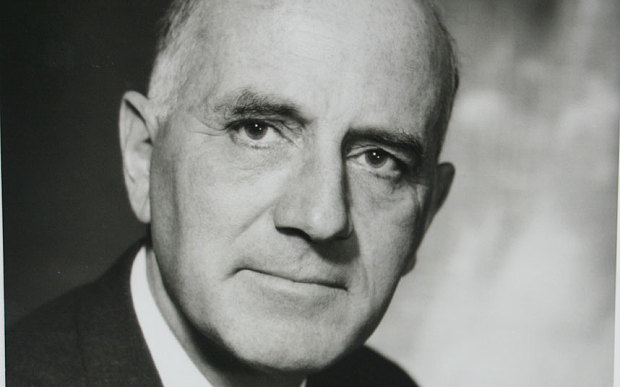 Colin Butler, who has died aged 102, was one of the world’s most distinguished entomologists and was credited with the discovery of a pheromone known as “queen substance”, a scientific breakthrough which transformed our understanding of the social behaviour of bees.

Butler carried out his research at Rothamsted Experimental Station, Harpenden, to which he had been recruited in 1939 to work on bee research. Early in the war, as the government was seeking to optimise food production, bee research was made into a separate department with Butler as its head, growing from two members of staff to 20.

He continued to work at Rothamsted until his retirement in 1976 as head of the entomology department, publishing several books about bees, including The World of the Honeybee (1954), a classic monograph, and Bumblebees (1959, with John B Free), both published in Collins’s New Naturalist series.

The research for which he was best known was carried out in the 1950s at a time when the mechanisms of social cohesion in honey bee colonies were not well understood. A healthy colony might contain some 40-50,000 workers, several hundred drones and normally a single mated queen, to whom the colony is fanatically loyal. What causes the workers to produce a new queen to replace one which is failing, or has been lost, was, however, a mystery.

As any beekeeper will know, when a queen is removed from a colony the behaviour of workers changes from a state of organised activity to one of restlessness. After a few hours, they will have modified one or more cells containing female larvae into emerging queen cells.

Traditionally, beekeepers assumed that the queen must emit some sort of odour which keeps workers aware of her continued presence, the absence of which causes them to begin rearing new queens.

To test this theory, Butler placed a queen in the middle of her hive in a wire gauze cage, so that surrounding bees could not touch her, and found that the workers began to behave as if they had lost her, rearing new queens.

He concluded that some sort of physical or chemical signals from the queen to keep the colony loyal were being transmitted, not through smell, but through physical contact with the few workers attending her. No one had reported seeing any physical signals, so the latter theory, that the queen emits some sort of chemical substance, seemed the more plausible.

Butler then compared the behaviour of workers that had left the queen after licking the special wax which covers the queen bee’s body, with those of other workers which had examined her body with antennae, but not licked her. Each of the bees that had licked her body offered regurgitated food to other colony members within the first five minutes of licking her, while the other bees did not.

In other experiments he observed that if a queen was rubbed with a piece of cotton wool, the cotton wool became as attractive to worker bees as the queen herself.

He also found that the number of bees which any given queen can inhibit from rearing new queens varies quantitatively with the amount of contact allowed between queen and workers; and when material from the digestive tracts of workers which had licked the queen was added to the drinking water of groups of queen-less bees, the ovaries of those bees developed much less than control bees without the additive.

His conclusion was that of all the factors that keep members of a colony of bees together, “the strong desire for ‘queen substance’ is probably the most important”. He went on to show that queen substance is produced in the mandibular glands of the queen, and in 1959 a collaboration with Robert Kenneth Callow led to its identification as 9-oxodec-trans-2-enoic acid.

They also showed that this acted as the sex-attractant for drones when deployed at about 10 metres above the ground, the height at which queens fly on their “nuptial flight”, the first demonstration of a sex-attractant pheromone.

In 1955 Butler suggested that “either a deficiency in the amount of queen substance available, or, perhaps, a breakdown in its collection and subsequent distribution plays an important part in the phenomenon of swarming”, when a honeybee colony divides to produce two colonies and which can be a headache for beekeepers.

The discovery of queen substance raised hopes that synthetic chemicals might be developed to control swarming and Butler went so far as to get a patent on synthetic “queen substance” with the idea of marketing it for swarm suppression and to facilitate the introduction of replacement queens into unwilling honey bee colonies, and also as a possible human contraceptive.

Unfortunately, he was wrong. Bees still swarmed and it had no action in humans. He concluded that other factors, perhaps even psychological reasons, were involved. The mechanisms of swarming remain something of a mystery to this day.

The son of a schoolmaster, Colin Gasking Butler was born at Horsham on October 26 1913 and educated at Monkton Combe School, Bath, and at Queens’ College, Cambridge.

After graduation, he won a Ministry of Agriculture and Fisheries research scholarship and went on to become superintendent of the university’s entomological field station, teaching and carrying out research on whiteflies and locusts. In 1939 he left Cambridge for Rothamsted.

During the war, Butler had a large share in formulating the Foul Brood Diseases of Bees Order, a pioneering disease control measure introduced by the government in 1942 to combat, in particular, the widespread incidence of American foulbrood disease in British hives with a programme of targeted apiary visits. He also set up a bee disease advisory service.

After the war, in 1946, he travelled to the US to learn about new techniques of “instrumental insemination” of honeybees, and on his return he developed the techniques in collaboration with J Simpson. Together they inseminated many queens, including for Brother Adam, the beekeeper at Buckfast Abbey who became famous for breeding the disease-resistant “Buckfast bee”. Butler and his wife Jean became lifelong friends of the monk, and Jean would send him a birthday cake each year.

Butler was such an enthusiast for field research that he even used boats as mobile laboratories, once rowing out to sea in a fishing boat with his son, on a calm evening, and deploying “queen substance” on a mast to see how far out they could attract drones.

He also used the mast of his yacht in the Fens to place queens for mating, together with a sample of “queen substance”, to see how far drones would go to find them (drones were still visiting his mast several years after the experiment ended).

After retiring from Rothamsted, he moved to Cornwall to enjoy his hobbies of fishing and sailing. Later he and his wife moved to a village near Cambridge to be near their family.

During the 1960s Butler served as treasurer of the Royal Entomological Society, then as president in 1971-72. He was president of the International Union for Study of Social Insects from 1969 to 1973. A member of the National Trust Regional Committee for Devon and Cornwall, he also served as president of Cornwall Naturalists Trust and was an honorary member of the British Beekeepers’ Association.

In 1970 he was elected a Fellow of the Royal Society and appointed OBE.

By: Toni Burnham 500,000 Murals Across America “The Good of the Hive” is a quest by urban artist Matthew Willey to paint 50,000 honey…