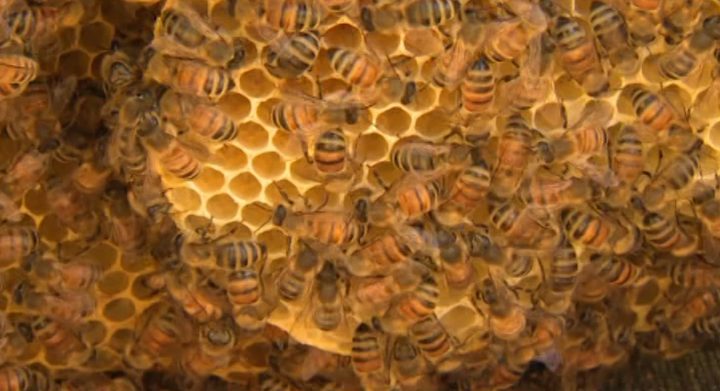 The province has announced additional funding for their BeeBC program, which looks to develop new and innovative ways to help honey bees.

The Ministry of Agriculture will provide an additional $50,000, which beekeepers can apply for access to. BeeBC provides support to research, explore, field-test and share information about best management practices associated with bee health.

“A healthy population of honey bees and native pollinators in B.C. not only provides us with delicious locally-sourced honey, it supports our environment as well as our agriculture industry, so that British Columbians will have more B.C. products at their tables, now and for generations to come,” said Lana Popham, Minister of Agriculture.

The ministry says projects range from educational programs and hands-on experience for youth to studying queen bees and disease management in hives by local beekeepers.

The initial funding for the program was announced on the “Day of the Honey Bee” in May. So far 11 projects are underway around B.C.

Also announced was the expansion of the Province’s apiary inspection team. The East Kootenay region will soon have its own bee inspector assigned to the area to improve efficiency and responsiveness to bee-related service requests.

The ministry says this, as well as two new inspectors hired last spring, makes the current team the largest and most comprehensive apiary inspection service the Apiculture Program has ever had in B.C.

“Pollination services from beekeepers increases the value of crops in B.C. by hundreds of millions of dollars a year,” said Kerry Clark, president of the BCHPA in a statement.

“The annual funding to the BCHPA that the minister had already announced enabled research designed to address critical bee health issues. This announcement today adds even more opportunity for a range of local honey bee related projects in communities throughout B.C.”

The initiative comes as global Honey Bee populations are in decline, resulting from multiple factors such as pesticide use and habitat destruction.

More information on the program can be found here.

Meanwhile, from one of those projects….

Local honeybees and other native pollinators are the focus of a few new projects in BC.

One person being supported is Prince George beekeeper, Roselyne Lambert. She is conducting one of five projects receiving $20,845 from the Government of BC, courtesy the BeeBC Program.

Lambert is monitoring hives with different queens and watching the effect they have on a colony’s health and survival. The development of locally raised bees and two other breeds from outside the region, who have survived four winters without chemical treatment, is being studied. All have shown a resistance to one of the most destructive honeybee pests, Varroa destructor.

A natural alternative to chemical treatments used for mite control in hives is being developed through this project by breeding bees with different traits in an effort to improve hive resistance to mites and reduce colony losses.

“Inspired by Dr. Thomas Seeley’s research on feral honey bees and Kirk Webster’s practices as a commercial treatment-free beekeeper, I am allowing bees to teach me how to better support their own coping strategies and evolution. Most of us local beekeepers end up importing queens from outside our region. I am excited at the possibility that my humble experiments may contribute to offering new locally adapted options to local beekeepers,” said Lambert in a statement.

The objective of the BeeBC Program is to enhance bee health throughout the province, as honeybees play an important role in the agriculture sector. Pollinators of crops contribute an estimated $538 million to the provincial economy.

“The innovative techniques local beekeepers are using to improve the health of our bee population are truly amazing,” said Lana Popham, Minister of Agriculture, in a statement.

“Research and education are taking us to new places in the effort to help protect B.C.’s bees and secure their vital role as pollinators and honey producers for generations of British Columbians to come.”

Nationwide, honey bees contribute an estimated $3.2 billion to the economy.

Travel to France with the KIM&Jim Show! Visit Veto-pharma, with KIM&JIM and the Veto-pharma bee crew. Jim is live in Paris for this exclusive…