Humans have depended on each other for thousands of years — gathering food, building shelters and fending off enemies. And even though cooperation has been around a long time, human group behavior is still poorly understood. Yet a richer understanding of how group behavior emerges from the actions of individuals, and how our social networks influence our decisions, is an important step in advancing future human endeavors.

Scientists from Arizona State University are beginning a new, four-year research project to study group decision-making. This research can be applied to a number of areas, such as military decision-making and how groups make decisions that affect drug abuse and obesity. With a $1.9 million grant from National Institutes of Health, School of Life Sciences professor Brian Smith and his research team will examine group behavior using bees and mathematical simulations. Professor Jürgen Gadau, also with the school, as well as two faculty members from University of California, San Diego, will serve as co-investigators. 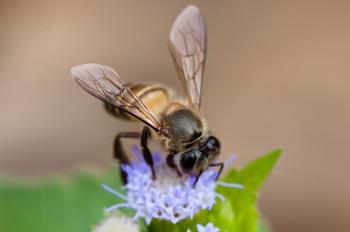 According to Smith, honey bees provide an ideal model for analysis. Like humans, bees aren’t all identical and many differ in experience or genetic predispositions toward certain tasks. In addition, honey bees share the human capability of acting without anyone telling them exactly what to do, but they still act in a way that coordinates group activities.

Those traits will help Smith’s research team analyze how leaderless groups cooperate to reach a common goal. Once that is understood, Smith said the data may show ways to improve how humans work together to ensure mutual well-being and survival.

“Humanity is good at making group decisions without a leader, but we want to understand what the process is,” Smith said. “Social networks can influence people in a lot of ways — from what they eat to how much they exercise. What this is all about is finding out how those groups function.”

As part of the experiment, the scientists will give colonies of bees different problems to overcome as a group. One example Smith gave was tasking bees with gathering food from multiple sources, which are spaced out at a variety of intervals.

By observing how the bees decide to divide up the labor — how many bees scout for new sources and how many gather food from sources they already know about — the team can construct a simulation to model that behavior.

The models will then provide new data, which will give Smith and his team guidance about what experiments to conduct next. Eventually, the back-and-forth between the model and experimentation will identify a larger picture that hopefully explains how a group of individuals can make decisions that lead to good health and continued survival.