“Ambassadors for Pollinators” Help Save the Planet

Most Northern Virginia apiarists view beekeeping as a way to help save the Earth. Read about the buzz about honeybees! 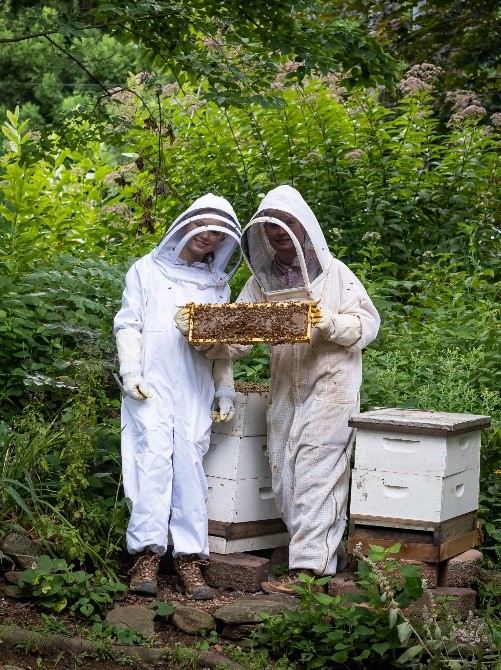 Alexandria, VA – Elected officials are used to verbal attacks, but attacks by bothered, buzzing bees? Alexandria Mayor Justin Wilson learned the hard way this summer when a honeybee in his backyard stung his head because he got too close to a hive with his lawnmower. He “did not make the bees feel good,” chuckled Alex Crawford-Batt, the mayor’s wife, and one of Virginia’s 3,000 to 5,000 beekeepers or apiarists. “This time of year, bees are more aggressive because there are fewer flowers,” she said.

With two hives and 60,000 honeybees, Crawford-Batt is in her fourth season of beekeeping at their Alexandria home. Dubbing it a “nerd indulgence,” she maintained, “You can never fully understand everything about bees from the bees’ perspective.” She studies the bees’ behavior and in full beekeeping garb, in spring and summer, does bi-weekly inspections, opening the hives and looking for the queen, bee eggs, and signs of pests. As for the mayor’s position on beekeeping, she said, “He tolerates it.”

Beekeepers like Crawford-Batt manage hives for honeybees, an imported, domesticated bee. Most bees, like bumblebees, are wild, but honeybees are smaller and less hairy than bumblebees, and they are managed by commercial and hobbyist beekeepers for the honey the bees produce.

Kamie McGlynn, a federal agency technology manager, has managed 60,000 bees in each of eight hives since 2015 in the city’s North Ridge neighborhood. She enjoys dealing with their natural behavior and sees the hobby as “animal husbandry, like managing cows.” She too checks her hives to make sure the queen is laying eggs and that larvae are healthy. “You’re responsible for the animal,” she explained.

“I’m crazy,” offered Chris Shepperson of Falls Church, when asked why he keeps millions of honeybees in 70 to 80 hives. Shepperson manages an equipment rental company branch, but even though as a child he often got bee stings, he became so entranced with bees that he undertook apiary on the side. He can expound at length on queen bees, queenless colonies, worker bees, the significance of swarming, royal jelly, and other bee phenomena. He likes “their temperament” and “overall attitude, which the queen controls,” noting that he prefers a docile queen.

Having honeybees with happy temperaments is also Mount Vernon beekeeper Liz Craver’s goal. An architect by day, she dons her beekeeping suit, veil, and gloves to inspect her five hives of 50,000 to 75,000 bees per hive. Craver makes sure the queen is laying eggs, has workers and drones, and the hive is pest-free. Her lifelong fascination with bees led her to convert her formerly skeptical neighbor Jo Endres to beekeeping.

“This is a great hobby to have during a pandemic,” opined Lauren McMahon because supplies can be delivered. She created a Springfield “bee yard” for her 30,000 bees in three hives. She and her husband Pat rescued honeybees from the drywall of a Warrenton barn due to be demolished and the bees produced 100 pounds of honey. “A five-gallon bucket of honey is crazy to hold,” noted Pat.

Tamara Srader has had a lifelong fascination with bees since growing up on a 160-acre Oklahoma farm. Today, she and two neighbors on the same block have eight backyard honeybee hives and thousands of bees near Huntington Metro station.

When her bees swarmed, she kept two swarms and gave two to neighbors. (Bees swarm to divide the colony and get more space.)

Liz Craver is an architect by profession and built a community, a bee yard, for her five hives of 50,000 to 75,000 bees per hive. (Courtesy Liz Craver)

“Bees have become my friends,” she maintained. She is pressuring Fairfax County to add a 1.5-acre lot adjacent to Mount Eagle Park that is now for sale to the park because bees need green space, she argued, as natural areas diminish in the fast-urbanizing county.

Bees may buzz and swarm, but Steven Follum, an attorney for a defense contractor, finds beekeeping “very calming and relaxing” when tending to his 80,000 to 100,000 bees in two hives. He harvests the honey and hopes to make mead or honey wine eventually. His wife makes beeswax soaps and candles.

Most Northern Virginia apiarists view beekeeping as a way to help save the Earth. Several studies have concluded that the nation is experiencing a pollinator decline. Bees are pollinators. They transfer pollen grains from the male anther of a flower to the female stigma. When pollen is transferred between flowers of the same species, the plants reproduce by making seeds. Pollinators are responsible for the reproduction of over 85 percent of all flowering plants, including more than two-thirds of the world’s crop species.

“The main reason to get involved with honeybees is to help us provide pollinators for agriculture and for all plants in our forests, meadows, and wetlands,” says Keith Tignor, Virginia’s state apiarist.

Pollinators of all kinds are threatened by habitat loss, climate change, and pesticides, according to David Ellis, the American Horticultural Society’s Director of Communications. He calls beekeepers our “ambassadors for pollinators.”

“It’s a give-back because everyone is benefiting from my bees,” said Lauren McMahan. “It’s a way for me to do something good for the environment.”

To read the complete article go to; https://thezebra.org/2020/09/07/ambassadors-for-pollinators-help-save-the-planet/ 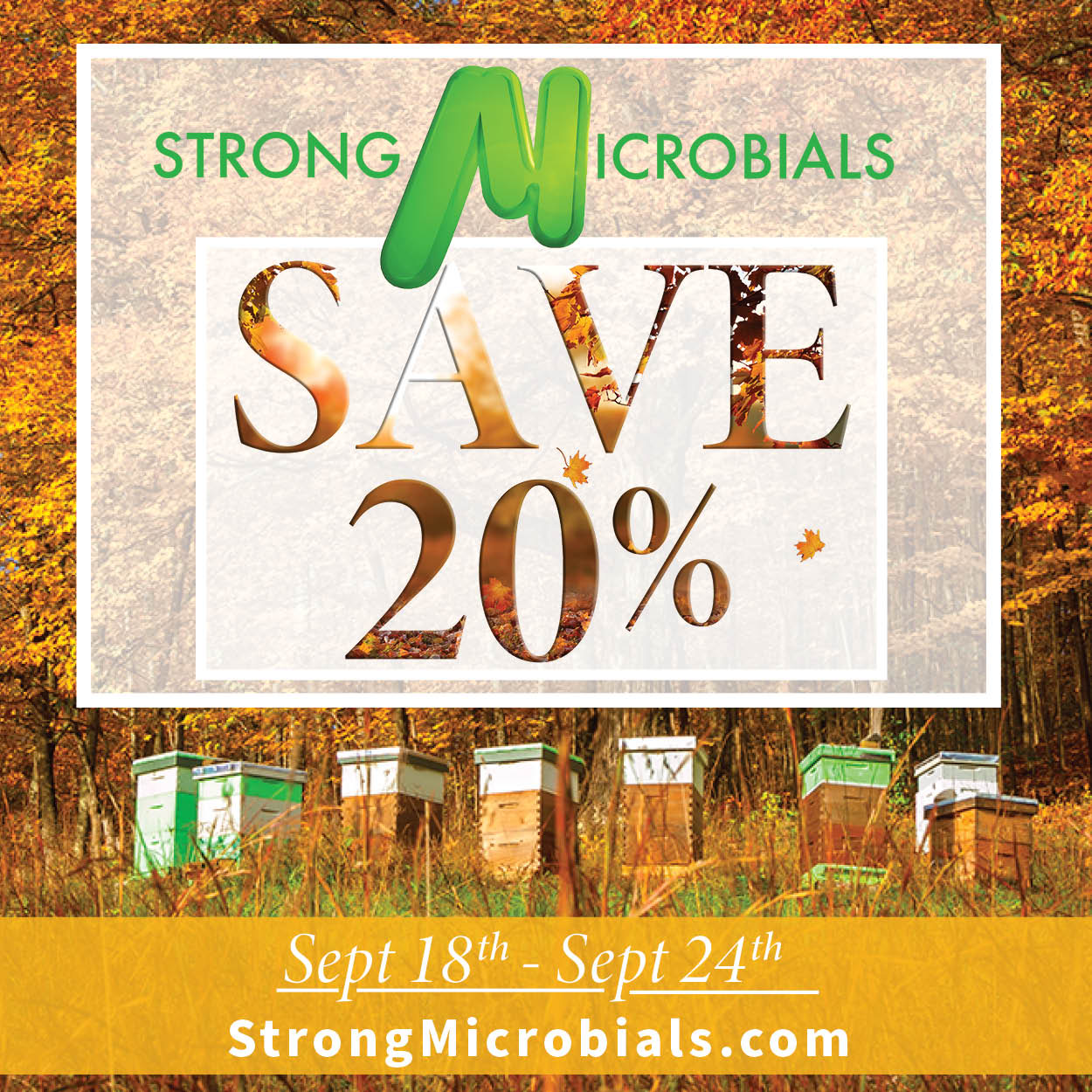