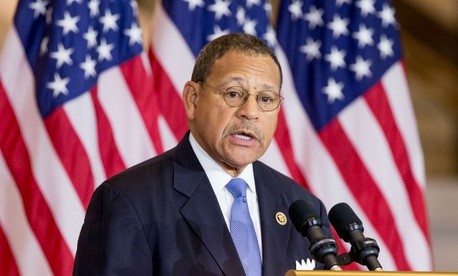 The Agriculture Department in late March provided its most detailed defense to date of its controversial plan to move two research offices from Washington to a still-unnamed site closer to farm country.
Kristi Boswell, senior adviser to Secretary Sonny Purdue, told skeptical Democrats on a House appropriations subcommittee that the decision to move most of the 700 employees in the Economic Research Service and the National Institute of Food and Agriculture was “not made rashly.”

Spending money to relocate will create long-term efficiencies in “mission functions” and put the career professionals “closer to the broad array of customers and stakeholders who live and work outside of D.C.,” said Boswell, an attorney formerly with the American Farm Bureau Federation. “Our team will hear ground-level ideas on upcoming issues and develop research needs,” she said of the plan that has drawn organized opposition from many farm research groups.

Boswell repeated earlier reasons—expiring leases in Washington and a need to improve recruitment and retention by locating the offices in areas where commuting and the cost of living are more manageable. “A lot of talent doesn’t live here,” she said. “USDA could and should have been more agile identifying” issues surrounding “farmers’ stress and mental health, organic research and extension development and rural prosperity and hardship.”

The site selection process, which has narrowed the bids from communities, nonprofits, companies and academic centers from 136 down to 67, will be further reduced in the coming days, Boswell assured lawmakers. The final selection should come in early May, and the employees who will be moving will go on site visits.

At the Economic Research Service, 253 employees will move and 76 critical jobs will stay in Washington. At the National Institute of Food and Agriculture, only 20 jobs will remain in the capital, with 315 going elsewhere. “We know the process is hard and affects real lives,” Boswell said, highlighting an effort to “limit uncertainty,” allowing affected employees to communicate with Ernst and Young, the relocation consultant. The timeline is “ambitious,” she acknowledged, noting some delays due to the 35-day partial government shutdown.

Subcommittee Chairman Sanford Bishop, D-Ga., reiterated his position that the moves are “a bad idea,” criticizing Perdue’s team for a lack of transparency and “having no data, no statistics” on the leasing situation, or a cost-benefit analysis. “I am worried that the method for rolling this proposal out and the lack of clear, transparent communication with ERS and NIFA employees has already done irreversible damage to the department’s reputation,” he said. “How will the department attract and retain highly qualified staff to ERS and NIFA if its current workforce loses trust in its leadership?

Bishop criticized the process as predetermined and Boswell for not having studied previous efforts to move the USDA offices. “Why not move to the Carver [Center in Beltsville, Md.], which USDA owns, so you pay no rent?” he asked.

But ranking member Jeff Fortenberry, R-Neb., said he had joined the Nebraska delegation in encouraging USDA to pick his home state for the site, though he acknowledged that the department had work to do in communicating reasons for the move. “It’s not a Republican idea—both parties have floated the idea,” he said. Neither the 2018 farm bill nor 2019 appropriations bill “forbade the move,” Fortenberry argued. “Given the diversity and dispersal of agriculture products around the county, we should give the same to USDA as well.”

Appearing in opposition to the move were several former USDA undersecretaries and academic researchers, who expressed bafflement at the motives and noted the proposed budget cuts to the research offices.

Boswell accused the opponents of “conflating” two issues, the planned relocations and the planned “realignment” of the administrator of the Economic Research Service (currently vacant)so that he or she reports to the Office of the Chief Economist, in the Office of the Secretary rather than the Research, Education and Economics. The current situation, she argued, is more prone to “politicization.” Under the moves, she promised, both organizations will remain trusted and objective sources.