Asian Giant Hornets That Eat Honeybees and Have ‘Powerful Sting’ Discovered In Washington For First Time! 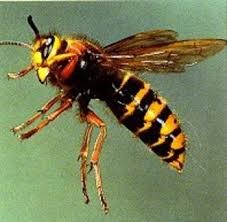 Officials in Washington have advised people to take precautions after an Asian giant hornet was found in the state for the first time.

The Washington State Department of Agriculture (WSDA) said a resident in the city of Blaine, near the border with Canada, spotted an “unusually large” hornet on their property on December 8. The individual alerted the WSDA, and said they had also seen a live giant hornet at a hummingbird feeder, before it headed into a forest.

Officials visited the property and took the huge bug away. It was later confirmed as an invasive Asian giant hornet.
All members of the public in the area “to be on the lookout for and take precautions to avoid contact with these large bugs.”

“Although it is not typically aggressive toward humans, this unwelcome pest can inflict a powerful sting and also represents a threat to honeybees, for which they have a voracious appetite,” the WSDA stated. “Though they are typically not interested in humans, pets or large animals, they can inflict a nasty sting if threatened or their nest is disturbed.”

“People should avoid swatting at the hornets, which may cause these insects to sting,” the WSDA warned.
Residents should cover their food and drink outdoors and throw out trash correctly.