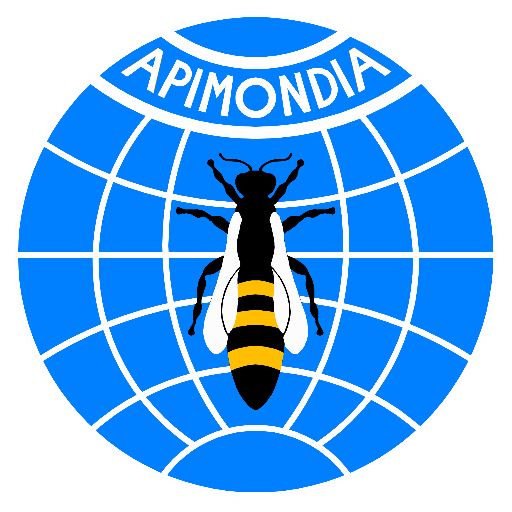 Is Europe lowering the standards of Protection Goals for Risk Assessment of Pesticides to bees?

APIMONDIA is a non-profit organization representing beekeepers and their interests all around the world. APIMONDIA’s experts have been following EFSA’s Guidelines development (since 2013) as well as European initiatives and regulations closely. Several of APIMONDIA’s Executive Council members are involved in subjects related to pesticide effects and Risk Assessment. Our organization has recently participated in EFSA’s stakeholders group as well as in the Bee Partnership Initiative.

We are concerned about new developments and discussions taking place on risk assessments of industrial chemicals towards bees in a recent meeting on July 16th and 17th of the Standing Committee on Plants, Animals Food and Feed (SCoPAFF). This committee is composed of representatives of the European Commission and Member States, as well as EFSA.

During this meeting, a proposal was made to use a specific model of bee colony decline (BEEHAVE) to identify acceptable thresholds for the use of pesticides in agricultural settings. We have several concerns about the use of this model to assess the risk towards pesticides. Many of our concerns were first voiced by EFSA in 2015 after the model was released. First, the model was not designed to assess pesticide risk: it models colony collapse based on loss of worker populations only (the new module on pesticide effects that has been added to the model, has not been evaluated yet). The collapse of honeybee colonies is a complex process that researchers around the world recognize is due to several variables including, inadequate nutrition, exposure to industrial chemicals, parasites and pathogens including the Varroa mite, and some management practices. Furthermore, sub-lethal effects are not taken into consideration in this model. Basing policy for risks to bees posed by pesticides using this model is not appropriate. As is evident in the vast literature now amassed on this topic, exposure to pesticides poses much greater risks for wild and managed bee population than the advocates for the use of this model from Syngenta and other pesticide manufacturers recognize.

The revision of the EFSA’s Bee Guidance Document of 2013 (BGD) is still under review, and some stakeholders were consulted during this process. Unfortunately, bee organisations including Apimondia were not aware of the options and choices presented during the meeting of July 16th and 17th, 2020 in Brussels. This procedure is deeply disappointing to our organization and others. Making the best decisions requires input from all stakeholders.

We note that the EU Regulation (EC) No 1107/2009, states that pesticides must have “no unacceptable acute or chronic effects on colony survival and development, taking into account effects on honeybee larvae and honeybee behaviour”. Using this logic, in December 2013, the European Commission restricted the use of 3 highly bee-toxic neonicotinoid insecticides. In April 2018, almost 5 years later, we enthusiastically welcomed the continuous ban on all outdoor uses of the three pesticides. This was an important step towards ensuring food security. Bees play an important role in the productivity of many crops.

It has been almost 8 years of continuous efforts to establish the protection goals for risk assessment and the levels to be accepted by the European Parliament and member states. EFSA’s BGD of 2013 is the only comprehensive and up-to-date manual that uses a scientific method to describes how to assess the impact of pesticides on all pollinators. This document was never adopted by the member states, unfortunately, and never implemented due to high pressure from the Pharmaceutical Industry. However, we welcomed the European Parliament’s rejection of the European Commission’s draft proposal to ‘compromise’ to lower protection goals (only for acute toxicity and only for honey bees) on Wednesday 23rd of October 2019. European citizens and beekeepers in Europe and around the world believed that with this decision the European Parliament confirmed the will to achieve higher levels of protection standards for bees, other pollinators and environment.

The EU and all member states increasingly recognize the value of bees and pollinators and the need to protect them in the face of anthropogenic pressures on land use. The EU Pollinators Initiative is a clear drive to do exactly this.
We urge the European Parliament and the European Commission to consider all the evidence when making a decision regarding the risks posed to pollinators by agricultural chemicals. It is vitally important to food security and to beekeepers that current measures to limit pesticide exposure to bees are not removed or made less restrictive.

APIMONDIA urges the European Commission to adopt a conservative approach that involves all stakeholders. Several models are being developed which take into account the many variables that bees face in agricultural landscapes (including lethal acute and chronic as well as sub-lethal effects). Using these new models, more accurate predictions for acceptable risk will permit the interests of agriculture to align with those of beekeepers and conservationists. In the meantime, we recommend the adoption of the 2013 BGD and protection of current measures to limit pesticide use in landscapes where bees are vulnerable.

Our future, and our food security, depends on the decisions we make today regarding the health and welfare of bees!

California and North Carolina, and A Funny Chicken Story. The month of April was a busy month for us. But it was great. Kim…