Employees of the scientific research arm at the Agriculture Department were ordered Monday to cease publication of “outward facing” documents and news releases, raising concerns that the Trump administration was seeking to influence distribution of their findings.

“Starting immediately and until further notice, [the Agricultural Research Service] will not release any public-facing documents. This includes, but is not limited to, news releases, photos, fact sheets, news feeds, and social media content,” wrote ARS chief Sharon Drumm in an email to employees.

Department officials scrambled to clarify the memo Tuesday afternoon, after intense public scrutiny and media requests, stating that ARS had not “blacked out public information” and adding that scientific articles published through professional peer-reviewed journals have not been banned. Such a decree would have conflicted with established scientific integrity standards and previous media guidance “encouraging, but not requiring, USDA scientists to communicate with the media about their scientific findings.”

“As the U.S. Department of Agriculture’s chief scientific in-house research agency, ARS values and is committed to maintaining the free flow of information between our scientists and the American public as we strive to find solutions to agricultural problems affecting America,” ARS said in a statement to The Washington Post Tuesday afternoon, seeking to clarify the scope of the memo.

The Agricultural Research Service employs thousands of in-house scientists, maintains scores of research locations around the country and boasts a $1 billion budget. It is tasked with conducting research to “develop and transfer solutions to agricultural problems of high national priority,” according to the USDA. That research focuses on topics such as food safety, nutrition, animal and crop production, and agricultural sustainability.

The “public-facing documents” memo Monday raised fears that the new Trump administration was attempting to filter articles about ongoing scientific research being conducted by ARS. It is unclear whether the instruction came directly from the White House, from officials involved from the transition, or within the USDA.

USDA and ARS have issued media guidance in the past. Under the Obama administration, guidance published in 2013 stipulated that USDA employees should clear any “media inquiries on topics that are sensitive” with public affairs staffers. That media guidance, which appeared to have last been updated in 2016, also urges them to communicate with supervisors about “any instances where they feel public affairs or communications staff is stifling their ability to communicate about their work.”

The USDA does not yet have a permanent department head. Former Georgia governor Sonny Perdue was nominated by President Trump to head the USDA last week but has not yet begun the confirmation process. The congressional committee overseeing his hearing has not given guidance on when his hearing will take place, pending his submission of necessary paperwork.

By Brady Dennis and Juliet Eilperin, the Washington Post 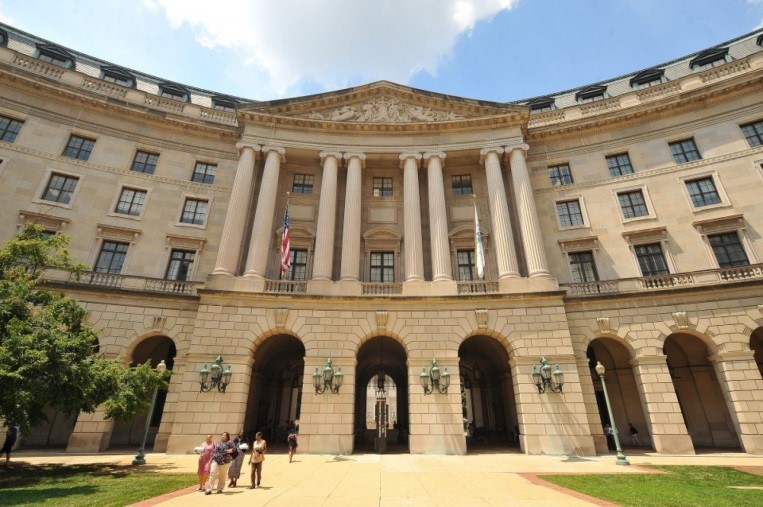 The headquarters of the Environmental Protection Agency in Washington. (Matt McClain/ The Washington Post)

The Trump administration has instructed officials at the Environmental Protection Agency to freeze its grants and contracts, a move that could affect everything from state-led climate research to localized efforts to improve air and water quality to environmental justice projects aimed at helping poor communities.

An email went out to employees in the agency’s Office of Acquisition Management within hours of President Trump’s swearing-in on Friday.

“New EPA administration has asked that all contract and grant awards be temporarily suspended, effective immediately,” read the email, which was shared with The Washington Post. “Until we receive further clarification, which we hope to have soon, please construe this to include task orders and work assignments.”

According to its website, each year the EPA awards more than $4 billion in funding for grants and other assistance agreements. For now, it appears, that funding is on hold, casting a cloud of uncertainty over one of the agency’s core functions, as well as over the scientists, state and local officials, universities and Native American tribes that often benefit from the grants.

It is unclear whether the move by the incoming administration was related to President Trump’s order Monday that federal agencies halt hiring in all areas on the executive branch except for the military, national security and public safety, which also curbed contracting as a way of compensating for the freeze. “Contracting outside the Government to circumvent the

Administration officials inserted the language in an apparent attempt to curb the growth in federal contracts that arose during previous freezes imposed under Presidents Jimmy Carter and Ronald Reagan. But the total halt in contracts and grants for a single agency appeared to go beyond that specific provision, which applied solely to contracting activities in response to the halt in hiring.

Myron Ebell, who oversaw the EPA transition for the new administration, told ProPublica on Monday that the freezing of grants and contracts was not unprecedented.

“They’re trying to freeze things to make sure nothing happens they don’t want to have happen, so any regulations going forward, contracts, grants, hires, they want to make sure to look at them first,” said Ebell, director of the Center for Energy and Environment at the Competitive Enterprise Institute, an industry-backed group that has long sought to slash the authority of the EPA.

“This may be a little wider than some previous administrations, but it’s very similar to what others have done,” he told the publication.

But not in recent history has such a blanket freeze taken place, and one employee told ProPublica he did not recall anything like it in nearly a decade with the agency.

The move is likely to increase anxieties inside an already tense agency. Ebell and other transition officials have made little secret about their goal of greatly reducing the EPA’s footprint and regulatory reach. Trump has repeatedly criticized the EPA for what he calls a string of onerous, expensive regulations that are hampering businesses. And his nominee to run the agency, Oklahoma Attorney General Scott Pruitt, has repeatedly sued the EPA over the years, challenging its legal authority to regulate everything from mercury pollution to various wetlands and waterways to carbon emissions from power plants.