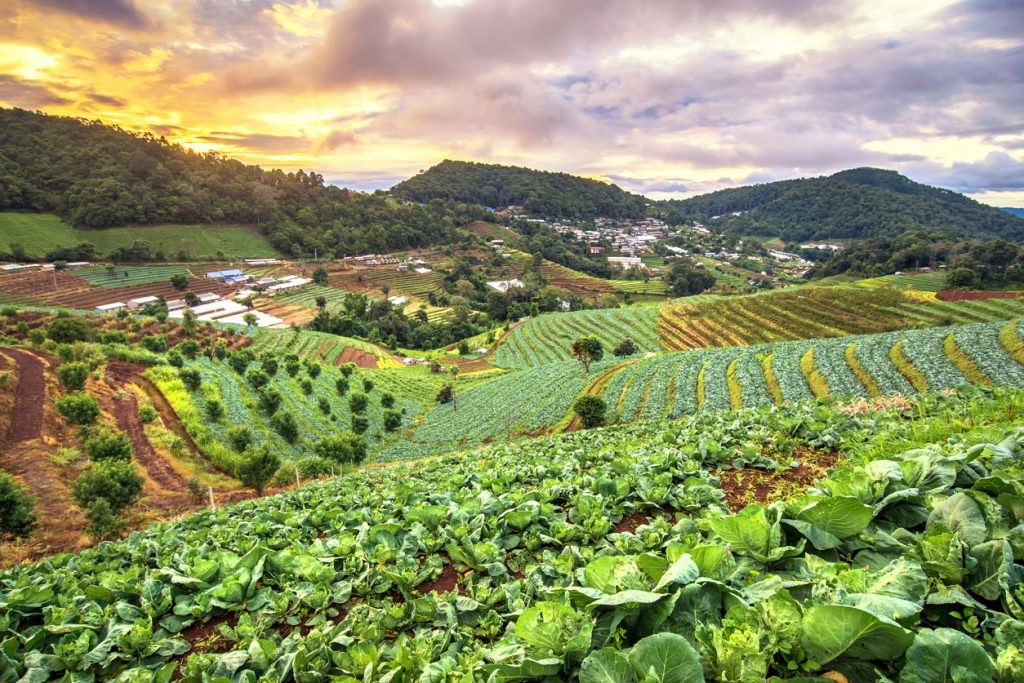 Two new studies point to the importance of the continued development of sustainable agriculture around the world, both for the climate and for the world’s population.

One peer-reviewed paper authored by a researcher at Macalester College shows that sustainable agriculture is the best option for feeding the growing global population, despite the promises made by developers of genetically modified (GMO) crops. The other study, which comes from the Woods Hole Research Center in Massachusetts, shows that conventional agriculture has contributed nearly as much to climate change as deforestation over the last two centuries.

The latter study, appearing in PNAS, a journal published by the National Academy of Sciences, was the first to quantify soil carbon loss in this way.

The researchers discovered that some 133 billion tons of carbon have been pulled from the top two meters of the earth’s soil over the last 200 years due to agriculture alone, and the rate of this carbon depletion is only increasing. By comparison, deforestation has contributed to the loss of 140 billion tons of soil carbon over the same period.

Soil naturally absorbs carbon in organic matter and sequesters it, which not only decreases the risk of the loss of other nutrients in the soil, but also keeps carbon out of the atmosphere, where it contributes to global warming in the form of CO2. Industrial agricultural methods like tilling and neglecting to plant cover crops have contributed to this massive loss of soil carbon.

“It’s alarming how much carbon has been lost from the soil,” Jonathan Sanderman, a soil scientist at the Center and one of the authors of the research told the Thomson Reuters Foundation.

“Small changes to the amount of carbon in the soil can have really big consequences for how much carbon is accumulating in the atmosphere.”

This is only one reason that sustainable agriculture may be the answer moving forward, as the second study released this week by Professor William G. Moseley notes that while GMO technology may provide tools for combatting food shortages, these techniques actually increase the cost of food production in developing countries, due to a prerequisite of standardized food production methods in environments where such standardization is difficult, if not impossible.

These studies only confirm previous research on the topic, such as a report published in June of last year by the International Panel of Experts on Sustainable Food Systems that indicated that sustainable agriculture was the key to solving the world’s hunger crisis. This information is also consistent with comments made by United Nations’ Food and Agriculture Organization Director, General Jose Graziano da Silva, at an International Forum on Agriculture and Climate Change in 2015. Graziano da Silva called for “a paradigm shift” toward “more sustainable, inclusive, and resilient” food systems in order to feed the growing world population.

In 2009, the United Nations wrote that food production would have to double to feed the projected world population of nine billion by 2050.