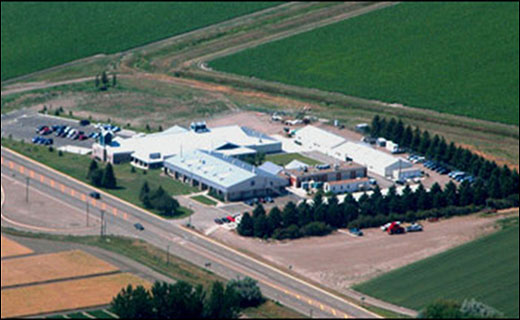 Not only does it appear that supporters of the Sidney, Montana Agricultural Research Service unit have fended off budget cuts that would have reduced its staff by four and eliminated wheat stem sawfly research, but the federal research lab is now poised to add two new positions.

Sidney USDA-ARS research leader John Gaskin confirmed a new position is in the works for a bee researcher and associated technician. Ahead of hiring that individual, Gaskin is seeking input from area growers and beekeepers about their needs, to help inform his search process.

“What we will need this person to do is find ways to enhance pollinator resources in this region,” Gaskin said, “and when I say region, I’m talking about the Northern Great Plains, the extended MonDak.”

Gaskin said the new researcher will likely collaborate with bee researchers in Bozeman and hopefully Fargo, too, but their primary research focus will be on the presently unserved MonDak region.

The position comes along after the research lab faced budget cuts that would have eliminated four positions, along with important research into wheat stem sawflies — a multimillion pest in wheat country — as well as Mormon crickets and grasshoppers, also multimillion dollar problems in the western region.

Congress recessed without completing its work on the budget, but the positions appear to be off the chopping block. Language was successfully incorporated into the appropriations bill aimed at preserving them, and the region’s legislators have all expressed strong support for the research.

Honey bees, meanwhile, have been in decline across the nation for reasons researchers are still trying to figure out. That trend is particularly problematic for Montana and North Dakota, both tops in honey production, as well as its many other crops, some of which rely on honey bees for pollination.

Honey bees are European imports, but have been highly useful in agricultural settings. Their range is wider, and they can be set down in specific fields for pollination purposes.

The white boxes housing honey bee hives are frequently seen in the MonDak during the growing season. To date, however, there hasn’t been a research specialist on bees in the region, despite the fact its climate and geography are so different from surrounding areas, making its concerns and problems unique.

“We want to make sure that when bees are in our area they have the resources they need, and that we are getting the pollination services to growers that they need, whether from honey bees or native bees,” Gaskin said.

Some growers do rely on honey bees for pollination. However, a fair number of crops here don’t require bees and offer them little in the way of nutrition. Sugar beets, for example, don’t flower and aren’t allowed to go to seed. Wheat uses wind for pollination and doesn’t need bees. Ditto corn and barley.

That means large swaths of the MonDak are food deserts when it comes to bees, whether native or honey bees. There are problems associated with that, which could potentially be addressed using set aside lands such as CRP acres to provide sources of nutrition for bees. There are unused areas, too, such as where a pivot isn’t hitting or along roadsides, where perhaps invasive weeds have been allowed to proliferate. These could instead provide bees with native wildflowers for nutrition. And, at the same time, the native flowers could help crowd out problem weeds with something prettier and less problematic — a win-win-win for everyone.

“We are looking for input from honey producers and farmers who need pollination,” Gaskin said. “They have great questions about why this or that isn’t working, or what will make it better. In fact, sometimes they know what would make it better, but the research isn’t always being done on these things. So we want to be able to put monetary value on it and quantify it.”

Most of the new researcher’s focus will be on honey bees, but native bees may also get some of the research love.

“We have 4,000 native bee species in North America,” Gaskin said, “and they are filling almost every niche of pollination you can imagine.”

A garden’s lovely produce, for example, is mostly a result of activity from native bees. These silent, solitary workers have also been in decline of late, however. Mainly, it is believed, due to decreasing habitat and indiscriminate use of pesticides that kill both pest and beneficial insects alike.