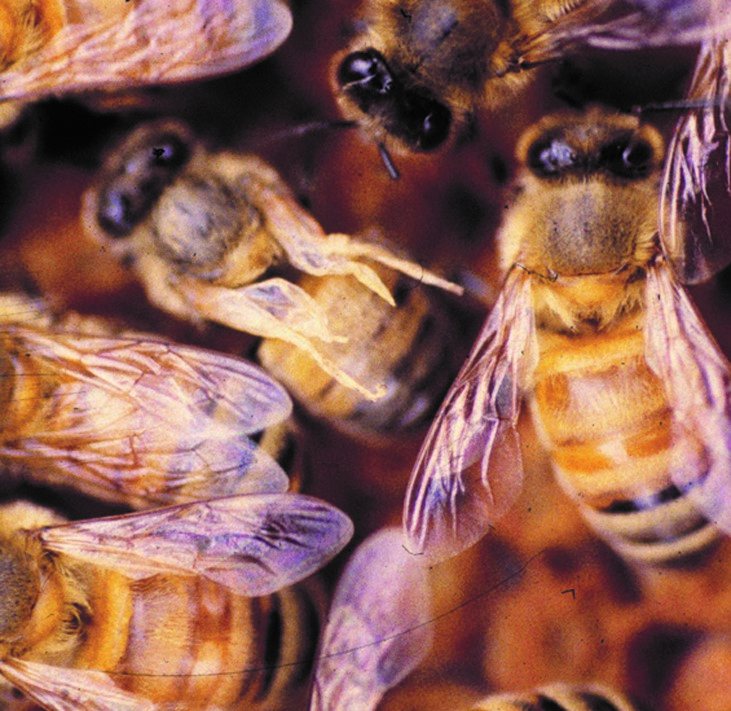 When a queen has sex with many different partners, it can increase her risk of infection with venereal disease. It can also lead to the collapse of her colony. This might read like ingredients for a juicy novel, but for bees it is reality.

Scientists from Aarhus University have teamed up with American and German colleagues and found that the mating behaviour of queen bees increases the risk of the whole colony succumbing to the syndrome Colony Collapse Disorder because of a venereal disease.

In order to understand how this works you need to know a few things about the mating behaviour of bees.

When the bee colony’s queen decides to mate, she flies a certain distance away from the beehive. She is drawn towards a particular goal: a concentrated swarm of randy drones that are gathered in the air in a so-called congregation area. In this buzzing confusion of drones the queen bee mates with several different males.

The drone, on the other hand, has only one shot. This is, however, quite dramatic, in that he blasts his semen into the queen. This explosive ejaculation leads to separation of the drone’s penis from his body, his falling over backwards and dying shortly afterwards. The drone leaves part of his penis behind in the queen’s body.

The scientists have now shown that the drone leaves behind not only his semen and part of his penis in the queen. His calling card can also include a virus that may infect the queen with the disease deformed wing virus. Since the queen mates with multiple partners in the course of a mating event, there are multiple risks of small Trojan horses being left behind in her.

The research team, which consisted of scientists from the German bee research institute LLH Bieneninstitut, University of North Carolina, and Aarhus University, caught the queen bees on the queens’ way home from mating. If the queen contained a piece of the drone penis (endophallus), this endophallus was removed and examined for deformed wing virus.

The scientists remove the endophallus from the mated queen. Photo: Roy Mathew Francis

Virus throughout the body

The results showed that queens that had mated with drones infected with deformed wing virus also often became infected with the disease. Virus was found in both the sexual organs and other body parts of the queens.

– We found answers to three essential questions: that drones infected with deformed wing virus are capable of mating naturally with queens, that deformed wing virus can be transmitted by natural mating, and that virus particles can be found throughout the body in mated queens shortly after mating, says senior scientists Per Kryger from the Department of Agroecology and continues:

– A significant portion of failed bee colonies is due to failure of the queen. This could explain the frequent loss of queens, since deformed wing virus can shorten the bees’ life span. It is a serious problem when the queen dies and often means that the whole colony collapses.