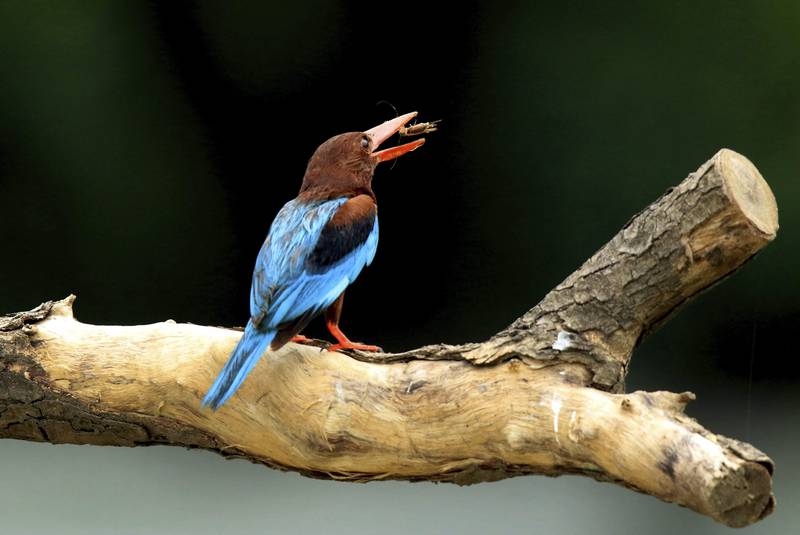 The common kingfisher has to eat nearly 60 per cent of its body weight every day. — Rajesh Kumar Singh/The Associated Press

What’s a bug worth?

Well, according to a 2006 study in the scientific journal BioScience, the answer numbers in the billions.

“The Economic Value of Ecological Services Provided by Insects” puts a clear number on their value.

What the scientists examined was four crucial services provided by insects: dung burial, pest control, pollination, and nutrition for wildlife.

“We base our estimations of the value of each service on projections of losses that would accrue if insects were not functioning at their current level,” the study goes on to say. “We estimate the annual value of these ecological services provided in the United States to be at least $57 billion…”

So why is an 11-year-old study on the value of insects so interesting today?

Well, because an even newer study is suggesting that insects are disappearing at a staggering rate.

Insects provide 80 per cent of wild plant pollination, and 60 per cent of birds rely on insects as a food source.

The study, in the journal PLOS One, looks at changes in flying insect biomass in a set of 63 protected areas in Germany. It’s based on 27 years of insect-trap measurement, and the results are alarming.

Between 1989 and 2016, the biomass of flying insects in the areas covered by the study fell by between 76 and 82 per cent. Remember, that’s the total biomass — not the number of species that were found.

According to the researchers, “Loss of insect diversity and abundance is expected to provoke cascading effects on food webs and to jeopardize ecosystem services.”

Insects provide 80 per cent of wild plant pollination, and 60 per cent of birds rely on insects as a food source.

“Our results demonstrate that recently reported declines in several taxa such as butterflies, wild bees and moths, are in parallel with a severe loss of total aerial insect biomass, suggesting that it is not only the vulnerable species, but the flying insect community as a whole, that has been decimated over the last few decades.”

Of course, the decline in insects recorded in the study is only part of what the natural world has lost. Another study found that between 1970 and 2012, the planet lost roughly 58 per cent of its wild vertebrate abundance.

There has to be a point where we stop ignoring the warnings all around us.

Put it this way: canaries in coal mines only effectively detect the presence of coal gas if you are willing to look in their cages to see if they might be dead.

If you just keep blindly digging, well, you can imagine how that’s going to turn out.