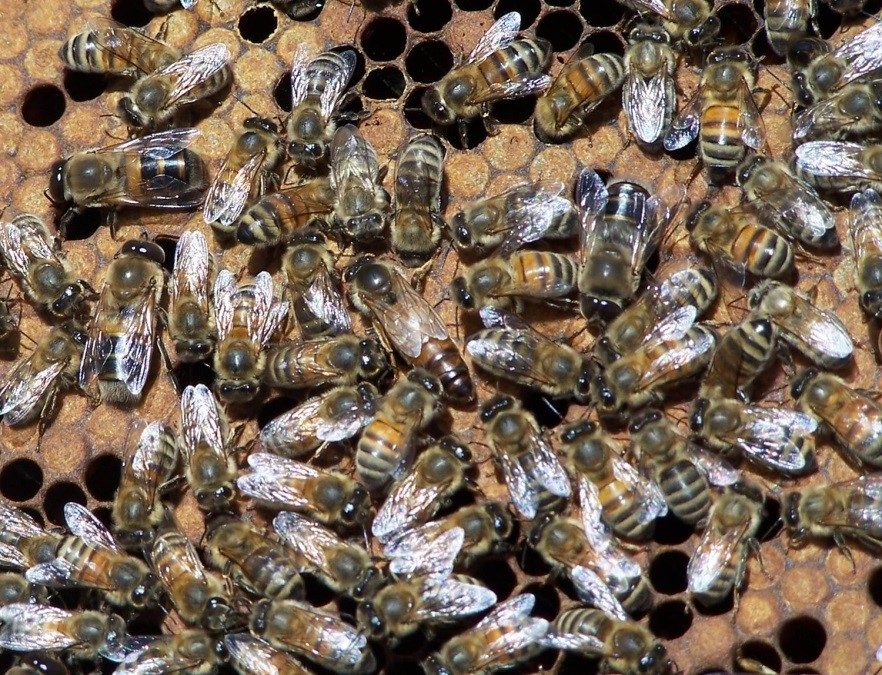 In the first few days after they hatch, honey bee larvae feed on royal jelly secreted by the hypopharyngeal glands of adult honey bees. “It is a highly nutritious food comprising sugars, proteins and amino acids,” says Robin Moritz, Professor of Molecular Ecology at MLU. After a few days, most larvae start to receive honey and pollen in their food. These will develop into worker bees. Only the larvae that are destined to become queens continue to be fed exclusively on royal jelly. The queen is the only sexually reproductive female responsible for the production of all offspring in the colony.

“Scientists have spent a long time looking for a specific substance in royal jelly that makes the larvae grow into queens,” says Dr Anja Buttstedt, a research associate with Professor Moritz and lead author of the new study. As far back as the late 1970s, German biochemist Heinz Rembold already showed that no single substance was responsible for queen determination – rather, the right mix of nutrients was supposed to be essential. “The special royal diet makes the larvae eat more, stimulating their metabolism and the larval development. Other genes are expressed, and this all results in entirely different developments inside the bees’ bodies,” says Buttstedt. The royal diet is also essential for the queen to develop fully activated ovaries – in contrast to the sterile worker bees. At least, this was the scientific consensus for many decades, as Buttstedt explains.

In 2011, however, Japanese scientist Masaki Kamakura caused a stir when Nature published a study in which he presented a royal jelly protein, royalactin, that supposedly could turn larvae into queens. “The study surprised bee researchers around the world,” says Robin Moritz. Hence the two MLU biologists decided to repeat Kamakura’s experiments. They received support from two MLU pharmacists: Dr Christian Ihling and Professor Markus Pietzsch. The group exactly followed Kamakura’s approach by producing a royal jelly that contained no royalactin and feeding it to larvae in the laboratory. A control group received the same food that was artificially re-enriched with royalactin. Describing the results, Buttstedt says, “Neither the royalactin-free nor the enriched larval food produced any differences in queen caste determination.” Larvae that received no royalactin developed into perfect queens, while feeding the larvae with royalactin-enriched food did not increase the number of queens.

Unlike Kamakura’s study, the MLU experiments produced numerous so-called intercastes – bees with characteristics of both workers and queens. Buttstedt says that, while this is very rare in nature, it is most common in laboratory experiments and methodologically inevitable. The MLU results confirm the suite of older studies on caste development by many other research groups. Therefore, for now, royalactin’s role in royal jelly remains rather unspectacular: one of many protein sources in the larval food.