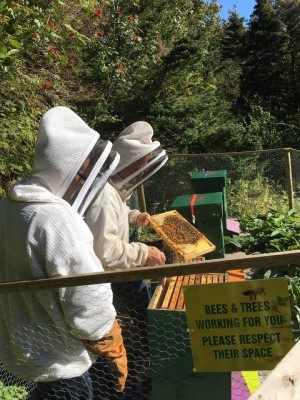 The Newfoundland and Labrador government is allowing the importation of honey bees from Western Australia, one of the few other places in the world where bees are disease-free.

Dave Jennings, a director with the provincial forestry and agrifoods agency, says beekeeping is becoming more popular here, but there aren’t enough local bees to satisfy the demand.

“We’ve seen some growth in our honey bee industry recently,” said Jennings in an interview with the Corner Brook Morning Show.

“It’s really good, but it hasn’t gotten to the point where there are enough bees available to permit people who want to grow into a bigger, more commercial enterprise the ability to buy within the province.”

Jennings said honey bees from Western Australia must go through several layers of screening during the importation process.

The Government of Australia first certifies the bees are free of disease before the colony can leave that country. Once the bees are transported overseas, the Canadian Food Inspection Agency evaluates the paperwork and checks for signs of disease or parasites.

If all the criteria are met, the province’s chief veterinary officer issues an import permit. Once in Newfoundland, the foreign honey bees must be monitored and isolated from local populations for 12 months.

The Forestry and Agrifoods Agency says beekeeping is growing in popularity in Newfoundland. “If you wanted to import bees from Western Australia tomorrow, we would show you how to do it, and make sure that you did it the right way.”

Jennings is concerned about contaminating local honeybee populations, but feels the import restrictions will keep them safe and thriving.

Jennings said all it takes is one person ignoring the law to ruin the province’s disease-free status.

“My biggest fear is that somebody who doesn’t know or hasn’t asked can go to Nova Scotia right next door and pick up a beehive, a colony of bees, and bring it in without us knowing it. That’s the biggest danger.”

He said there are about half a dozen commercial or semi-commercial beekeepers in the province, but he expects that will grow as more bees become available.