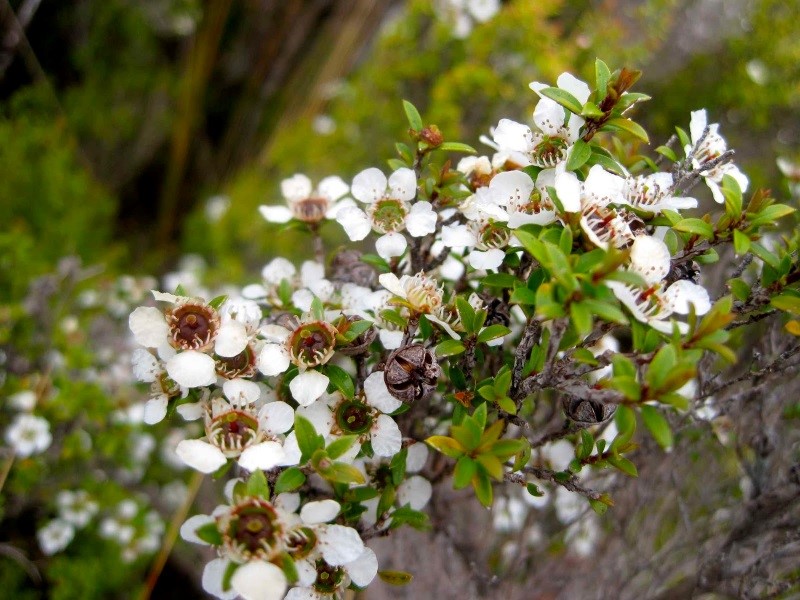 Poor manuka nectar flow this season is expected to result in a 70 to 80 percent drop in manuka honey production — not just in the East Coast region but across the country.

“Indications so far are there will be a considerable drop in supply,” says Ben Stewart, manager of Gisborne’s First Light Honey processing and packing plant. “The yields are way down. With this industry there is a lot of long-term storage of manuka honey, though. Storage improves manuka honey’s UMF (unique manuka factor) over time.” Manuka honey is generally stored, not as a contingency in the event of a low-yield season, but to optimise the product’s potential, says Mr Stewart.

Beekeepers are seeing a 70 to 80 percent decrease in volumes of honey in general, he says.

Hive placement sites that have historically produced good yields have in some cases this season produced little manuka honey, honey from other floral sources or no honey at all, says Mr Stewart. The build-up to spring was promising but late spring brought a lot of cold, wet weather during flowering time, adversely affecting nectar flow. Another factor is the native manuka beetle, which appears for a few weeks in late spring/early summer and feeds on manuka and kanuka flowers and leaves. It has done considerable damage to its host plant this season.

“It chews through a stand of manuka and has decimated kanuka,” says Mr Stewart.

Last year manuka honey was of low quality but volumes were well up, he says. “Theoretically, if supply is low it won’t affect the retail market for another 12 months. We’re accessing honey that has been stored.” This minimises impact on supply.

Ngati Porou Miere Limited Partnership (NPMLP) general manager Victor Goldsmith says the impact of manuka honey production on East Coast beekeepers as a result of this season’s poor nectar flow will be significant. “This will be a very difficult year, with many beekeepers likely to go to the wall. Most will not have enough revenue to meet their costs. Those that have other revenue streams through honey production from other floral sources might be better off.”

NPMLP’s model of taking honey in lieu of a cash return means the impact of this season’s low honey production on Ngati Porou Miere landowners will see a significant decrease in honey, he says.

“We have honey stock in store and those landowners will see an increase in price based on lower yield from this season, so that’s a positive. Early reports indicate the purchase price for hives has also dropped from $1100 to $500 per hive. Some Ngati Porou landowners will be buying hives, so this will beneficial.”

The full impact of this season’s production will be known in March after the honey has been extracted. Manuka produces nectar for the first six days the plant is in flower, says former New Zealand Beekeepers’ Association president Barry Foster.

“If you get bad weather in those six days you won’t get nectar.” Windy conditions are not good for nectar flow either. “Strong, dry wind dries nectar and blows petals off the trees. “This is the manuka season that wasn’t.”

Savage Horticulture Ltd owner Bill Savage expects this season’s poor manuka nectar flow to result in a 77 percent drop in honey yield. His company specialises in manuka honey. “In a normal year, we produce 130 tonnes. This year we will have 30 tonnes or less.” For such eventualities, the company has 100 tonnes in storage. “It’s a case of making sure you’re covered. You need to make sure you have enough money to cover your base. You have to plan for this sort of thing. That’s farming.”

Manuka in areas such as the central plateau and the bottom of the South Island is yet to flower this season and could help buoy the industry during the low manuka honey production period.

This after five years of research with UK-based Fera Science in response to reports questioning the integrity of some honey on the market labelled as manuka.

Its popularity and limited availability has led to more honey labeled as manuka being sold than is actually produced.

The research found more than 200 signature compounds that in combination, are unique to manuka honey.

At the top of that list is a compound called Leptosperin, which is not only stable over time, but is very complex, making it near impossible to synthetically manufacture and therefore only present in genuine Manuka honey

Other signature compounds include Dihydroxyacetone and Methylglyoxal that have been in use to support the UMF quality mark for some time.

Methylglyoxal is a naturally occurring chemical in New Zealand Manuka honey. Its concentration is closely related to the non-peroxide activity, a unique characteristic associated with Manuka honey

The UMF quality mark can only be applied to genuine manuka honey that is tested by a designated laboratory and meets the association’s specifications for the signature compounds.

Manuka honey comes from the nectar of the flower of the manuka bush (Leptospermum scoparium), which is native to New Zealand.