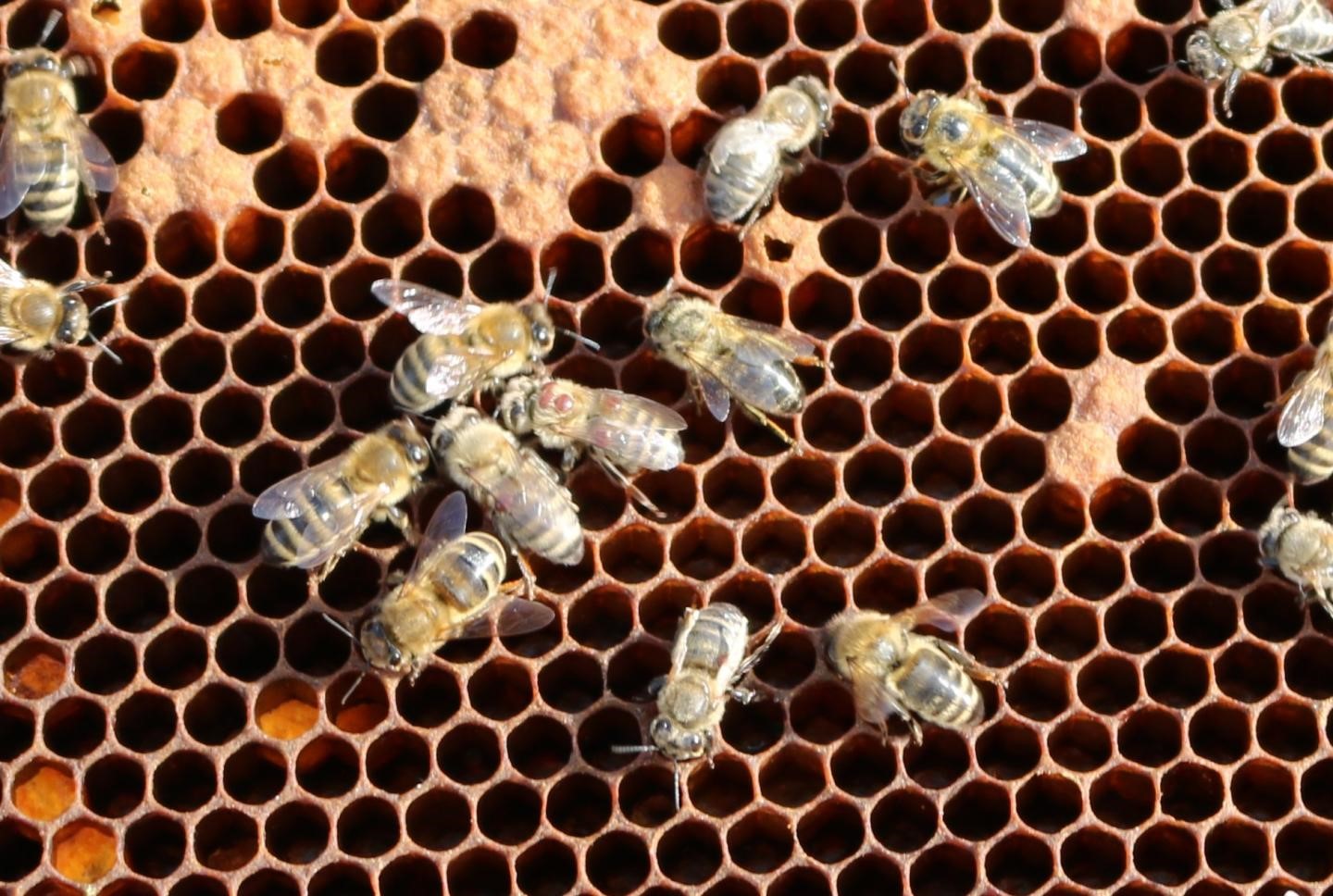 The honey bee Apis mellifera plays an important role for the pollination of fruit and vegetable plants, besides its significance for the production of honey and wax. Losses of entire bee colonies during winter have economic and — in particular — ecological consequences as pollinators are missing in spring during blossom. Apiculture in North America and Europe is especially affected by partly massive losses. Only during the winter months of 2014/2015, up to fifty per cent of all bee colonies in some Austrian regions collapsed.

The main trigger of this bee mortality does not seem to be the use of pesticides in modern agriculture. Many studies have shown that the survival of bee colonies strongly depends on the infestation with Varroa mites, widespread blood-sucking parasites, and the transmission of deformed wing virus by these mites. A research group from the Institute of Virology at the University of Veterinary Medicine, Vienna has developed a new laboratory system, which enabled them to make an important step forward in the investigation of the virus. By using a molecular clone, they have simulated the course of disease in a targeted way under laboratory conditions.

Up to now, scientists have only used samples of the deformed wing virus, which they had taken from infected bees. “However, mixed and multiple infections can bias the results of such tests”, stated lead author Benjamin Lamp. For the new test system, the researchers used artificial genetic material instead of natural samples of the deformed wing virus, in order to clearly correlate the course of disease to the virus.”Initially, we amplify the genetic RNA material of a virus and save it as a DNA copy in a vector, a specific transport vehicle for genetic material. The resulting molecular clone enables us to produce artificial viruses, which are identical and genetically defined,” explained Lamp. Insects infected with the artificial virus showed the same symptoms such as discolouration, dwarfism, death or the eponymous deformation of the wing that also occur in natural infections. Thus, it could be unambiguously shown that these symptoms are caused by the deformed wing virus.

Besides the infection with the viral RNA under controlled laboratory conditions, also an unbiased picture of the disease process could be shown. The scientists infected not only fully developed bees with the artificial genetic material of the virus, but also larvae and pupae. During the pupal stage, Lamp and his team analysed the target tissues and the host cells — the cells the virus preferably infects. The scientists found viral antigens — the specific protein molecules of the deformed wing virus – in all body areas. However, neural, gland and connective tissue cells were particularly affected. “The high concentrations of viral proteins — the antigens — in the glands could also indicate an oral transmission of the virus from one bee to another in the hive,” explained Professor Till Rümenapf, last author and head of the Institute of Virology at the University of Veterinary Medicine, Vienna. This could explain why the virus also remains present in the hives if it is not transmitted by the Varroa mite. However, no viral proteins were detected in muscle and blood cells.

Various applications of the new method

By using the molecular clone, different aspects of the viral lifecycle could be simulated, manipulated and studied under laboratory conditions. This concerns the transmission of the virus by the Varroa mite, the course of the infection and the viral replication in different stages of development of honey bees. Controlled experimental conditions will enable the development of new strategies in order to effectively reduce the losses of bee colonies caused by the virus. The described experiments involved only one DWV strain, but the method can also be used for other strains. “In many cases, a bee is not only infected with one virus species. Our test system provides a tool to find out, which viruses are especially harmful and how viruses behave in multiple infections,” explained Lamp. “Thus, we can develop targeted strategies against disease-causing viruses.”

About the deformed wing virus

The deformed wing virus (DWV) belongs to the family of Iflaviridae. These viruses are so-called RNA viruses. Their genetic material only consists of one ribonucleotide strand, unlike the prevailing double-stranded DNA in mammals. In most but not all cases, infections with the deformed wing virus are bound to an infestation of a hive with the Varroa mite. “The virus persists in the hives and can even be detected if there are no parasites in the hive,” explained Benjamin Lamp.