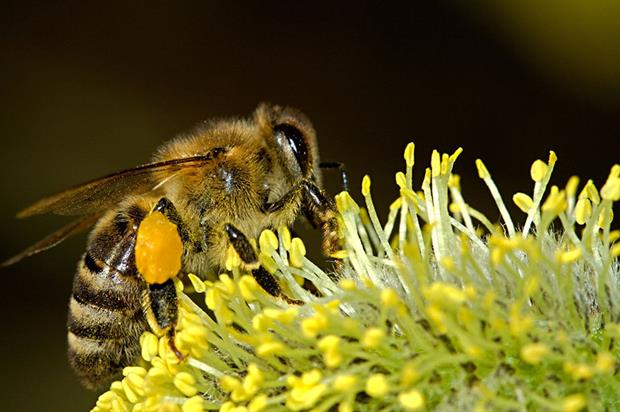 The European Commission is proposing an extension of the ban to all outdoor crops, this will be discussed on 12-13 December and Member States may be asked to vote. Four years ago this month the European Commission restricted use of three neonicotinoids in the spring and on flowering crops. Defra secretary of state Michael Gove has indicated he wants to restrict neonicotinoid use further.

NFU acting chief science and regulatory affairs adviser Dr Chris Hartfield said: “The fact is Defra harvest stats show that area of production of OSR has declined every year since the current restrictions have been put in place. Particularly in areas like the east of the country where cabbage stem flea beetle pest pressure is highest. It is not surprising that if farmers stop growing OSR in areas where pest pressure is too high, and focus on growing it only in the areas most favourable for the crop – you could see an increase in yield. However, it is misleading to talk about yields in isolation because in any one year a whole range of factors can influence yield, particularly weather. Also, any focus on yield completely fails to take into account fields where flea beetle damage has resulted in total crop loss, and fields have had to be re-drilled.

“The current restrictions on neonicotinoids have resulted in an annual reduction in OSR production of 912,000 tons across the EU. Demand for OSR hasn’t decreased in the EU, so instead of it being produced in the EU, this production would have simply happened outside the EU, in all likelihood involving the use of neonicotinoids, and then exported into the EU. The current restrictions on neonicotinoid use have resulted in us exporting our ability to produce food outside the EU, while at the same time there have been no measurable benefits to bee populations.”

The Crop Protection Association expects the UK to vote in favour of the Commission’s proposals to extend the neonics ban to all outdoor uses, given Gove’s stated stance. It does not dispute the figures given by the NGOs. The position of the other member states is less clear, in particular Germany given the political fallout from the glyphosate vote, which led to Chancellor Angela Merkel falling out with pro-glyphosate voting agriculture minister Christian Schmidt.

In Finland this year scientists concluded that crop yields were suppressed by neonicotinoid associated pollinator declines, so the improved UK and EU yields could have been the result of improved pollination and possibly more insect predators in the crop. This could mean flea-beetles could be developing genetic resistance to pyrethroid sprays, rather than the ban, say NGOs.

Buglife chief executive Matt Shardlow said: “Efforts to make our countryside safer for bees and wild pollinators have successfully reduced the chemical hazards they face and we are producing more food as well.  The quicker we can remove neonicotinoid seed treatments entirely the better it will be for life on earth.”

Friends of the Earth native campaigner Sandra Bell said: “It’s good news that farmers are able to produce good yields without bee harming pesticides. The UK Government is right to back a more comprehensive ban on neonicotinoids, – a move which now needs to be supported in the forthcoming EU vote. Governments can then focus on helping farmers to keep protecting their crops and our essential pollinators.”

British Beekeepers Association communications director Martin Smith said: “Honey bees forage over a wide range of plants and flowers even when oilseed rape is flowering, including potted plants that may have been treated with neonicotinoids, and we should do all we can to ensure that they do not come into contact with these long lasting pesticides, so we support the extension of the ban to all crops and pot plants.”