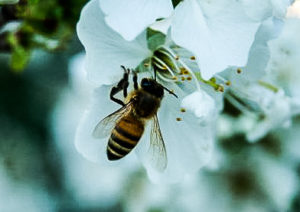 North Dakota Agriculture commissioner Doug Goehring is working with California’s agriculture secretary Karen Ross on a new program that will benefit both states when it comes to honey bees.

California needs honey bees to pollinate most of its crops, many of which are now in the spring bud break season. The majority of those honeybees come from North Dakota.

Commissioner Goehring pointed out there can be some issues when trucks carrying the bees hit the California border.

“We have trucks piled up for border inspections for five, six, I’ve heard several hours,” he said. He explained some of the issues those hold ups can cause for the bees. “If it happens during a warm part of the day it can cause those bees, first of all, to start swarming and start to overheat. It can cause more death losses and more problems. It really comes down to making sure that we’re concerned about the health of the bees and also the welfare of the bees.”

Commissioner Goehring said he is working with Secretary Ross to fix the problem.

“If we could do some inspections back here, and find a comfort with all that, there’s the potential to have paperwork provided to the border inspection when the trucks enter California,” he said. “If it’s been signed off on and we have this joint agreement on inspections then we should be able to help make the flow of bees into California for pollination services much easier.”

Despite the two states working together, there are quite a few steps involved. Goehring says they’re trying to have the fix for this year, but it could be the 2019 pollination season before it goes into effect.

Hedgerows enhance wildlife abundance and diversity around farmland without contributing to food safety problems in field crops, according to a new study published by…