Agricultural businesses may have to deal with a new company when buying their seeds. 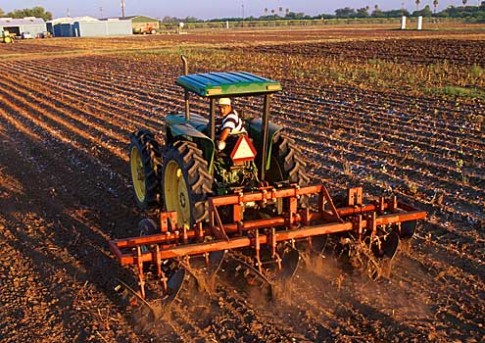 Bayer has offered a $62 billion deal to buy Monsanto which would create a global giant in agriculture technology touching much of global food production through the development of seeds and pesticides. Monsanto is considering the offer.

The takeover would create the world’s largest seed and farm chemical company with a strong presence spread across the U.S., Europe and Asia. Bayer says the deal would give the world more productive agriculture to meet the food needs of a growing population.

There is concern about how the merger will impact Monsanto’s business of selling genetically modified crop seeds. The seeds have been blocked in some countries and are a subject of anxiety among consumers and the target of environmental activists.

Bayer’s presence in Europe could mean Monsanto would try to spread it’s sales to that continent although political resistance to genetically modified crops remains strong in Europe.

Currently, Monsanto has only one product there, a pest-resistance variety of maize, and has given up on applications for more after officials failed to act on them despite approval by the European Food Safety Authority.

Bayer claims farmers will get a broader range of products such as seeds and pesticides that work better together. New products and innovation could increase the amount farmers can grow from a given acreage.

The question for many farmers is whether the company would become so dominant that it could hike prices. The combined company would control 28 percent of the world’s market for pesticides and would have a strong presence in the U.S. market for corn and soybean seeds. This could lead antitrust regulators to nix the deal if it means less competition.

ST. LOUIS–(BUSINESS WIRE)–Monsanto Company (NYSE: MON) on May 24 announced that its Board of Directors unanimously views the Bayer AG proposal as incomplete and financially inadequate, but is open to continued and constructive conversations to assess whether a transaction in the best interest of Monsanto shareowners can be achieved.

“We believe in the substantial benefits an integrated strategy could provide to growers and broader society, and we have long respected Bayer’s business,” said Hugh Grant, Monsanto Chairman and CEO. “However, the current proposal significantly undervalues our company and also does not adequately address or provide reassurance for some of the potential financing and regulatory execution risks related to the acquisition.”

There is no assurance that any transaction will be entered into or consummated, or on what terms. The Monsanto Board of Directors has not set a timeline for further discussions and Monsanto does not intend to make further comment at this time.