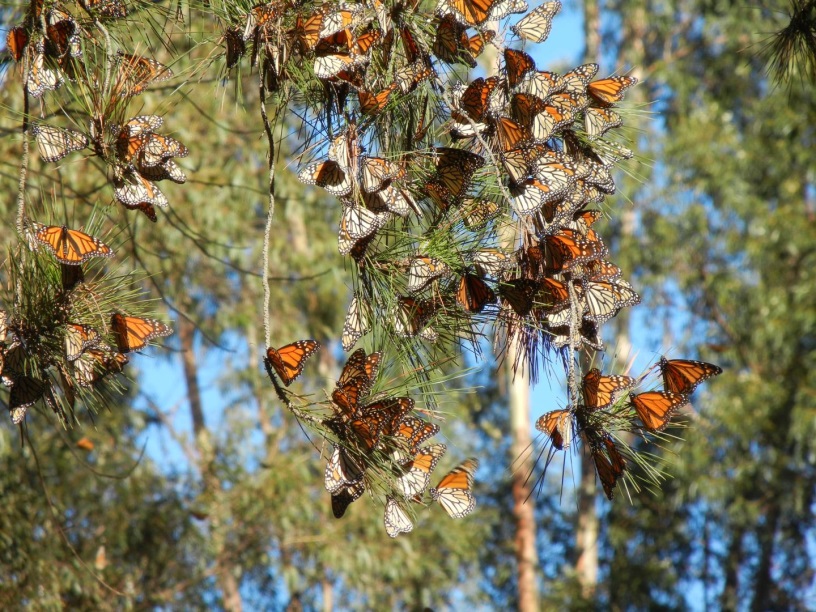 A new study finds monarch butterfly populations from western North America have declined far more dramatically than was previously known and face a greater risk of extinction than eastern monarchs.

VANCOUVER, Wash. – Monarch butterfly populations from western North America have declined far more dramatically than was previously known and face a greater risk of extinction than eastern monarchs, according to a new study in the journal Biological Conservation.

“Western monarchs are faring worse than their eastern counterparts,” said Cheryl Schultz, an associate professor at Washington State University Vancouver and lead author of the study. “In the 1980s, 10 million monarchs spent the winter in coastal California. Today there are barely 300,000.”

Schultz adds, “This study doesn’t just show that there are fewer monarchs now than 35 years ago. It also tells us that, if things stay the same, western monarchs probably won’t be around as we know them in another 35 years.”

Migratory monarchs in the west could disappear in the next few decades if steps aren’t taken to recover the population, Schultz said.

Like eastern monarchs, which overwinter in Mexico, western monarchs have a spectacular migration. They overwinter in forested groves along coastal California, then fan out in the spring to lay their eggs on milkweed and drink nectar from flowers in Arizona, California, Nevada, Oregon, Washington, Idaho and Utah. They return to their coastal overwintering sites in the fall.

In the 1990s, residents of coastal California became alarmed that a once common butterfly seemed to be disappearing. The Biological Conservation study indicates that those concerns were justified. The researchers combined data from hundreds of volunteers who have participated in the Xerces Society’s Western Monarch Thanksgiving Count since 1997 with earlier monarch counts conducted by amateur and professional butterfly enthusiasts in the 1980’s and early 1990’s. They then predicted the monarch population’s risk of extinction over the next several decades.

Emma Pelton, endangered species conservation biologist at the Xerces Society for Invertebrate Conservation and co-author of the study, said the research will help conservationists better understand the extinction risk of western monarchs.

“Scientists, policy makers and the public have been focused on the dramatic declines in the well-known eastern population, yet this study reveals that western monarchs are even more at risk of extinction,” Pelton said. “We will need significant conservation action to save monarch butterflies in the West.”

The precise causes of the decline in western monarchs are not yet clear, but the loss and modification of its habitat and pesticide use across the West, where monarchs breed, are likely culprits, the researchers said. Climate change and threats to coastal California overwintering sites likely also play a role, they said.

The U.S. Fish and Wildlife Service, which funded the study, is currently considering whether to list the monarch butterfly as a threatened species under the Endangered Species Act.

Elizabeth Crone, Tufts University professor and a co-author on the study, says that “The hard part of being a conservation biologist is documenting species declines. The exciting part is figuring out how to help declining species recover. In the 20th century, we brought bald eagles back from the brink of extinction by limiting use of DDT. If we start now, we can make the 21st century the era in which monarchs return to our landscapes.”

By: Erik Donley Imagine Iceland. Depending on your perspective, you might envision northern lights flaring above perpetual Winter darkness or, perhaps the endless midsummer…