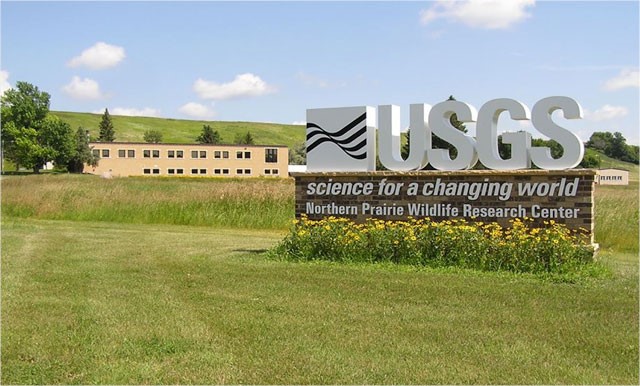 The heart of the American commercial honey bee industry is under threat from land use changes.

A U.S. Geological Survey study says the Northern Great Plains of North and South Dakota – which support more than 40% of U.S. commercial honey bee colonies, are quickly becoming less conducive to commercial beekeeping as a result of land-use changes.

The USGS scientists found that landscape features favored by beekeepers for honey bee colony and apiary locations are decreasing in the region, and crops actively avoided by beekeepers, such as corn and soybeans, are becoming more common in areas with higher apiary density.

The study, published in the journal Proceedings of the National Academy of Sciences, says areas that showed high levels of grassland loss and high apiary density are mostly in central and southern North Dakota and the eastern half of South Dakota.

The USGS scientists investigated changes in biofuel crop production, including corn and soybeans, and grassland cover surrounding about 18,000 registered commercial apiaries in the Dakotas from 2006-2014.

The results show a continual increase in biofuel crops totaling almost three million acres, around apiaries mainly located in the Prairie Pothole Region of the Dakotas. These crops were avoided by commercial beekeepers when selecting apiary sites in the region.

The researchers say that conversion of pasture, conservation grasslands and bee-friendly cultivated crops to biofuel crops likely impact both managed and wild pollinators because it reduces forage availability and increases the use of chemicals that negatively affect pollinators and their ecosystem services.

“Our study identifies areas within the Northern Great Plains that managers can target for honey bee habitat conservation,” Otto said.

Most of the commercial honey bee colonies that spend the summer in the Dakotas provide pollination services for crops such as almonds, melons, apples and cherries elsewhere in the U.S.

The USGS study says the Northern Great Plains have served as an unofficial refuge for commercial beekeepers because of their abundance of uncultivated pasture and rangelands, and cultivated agricultural crops such as alfalfa, sunflower and canola that provided forage for bees.