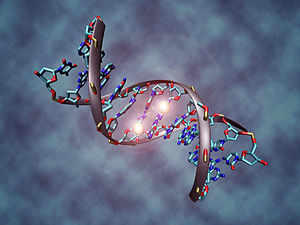 Researchers show a molecular mechanism that regulates memory specificity over time, and point to how understanding memory in honeybees could help us combat degenerative brain diseases

A breakdown of memory processes in humans can lead to conditions such as Alzheimer’s and dementia. By looking at the simpler brain of a honeybee, new research published in Frontiers in Molecular Neuroscience, moves us a step towards understanding the different processes behind long-term memory formation.

“We show that DNA methylation is one molecular mechanism that regulates memory specificity and re-learning, and through which experiences of the organism could be accumulated and integrated over their lifetime,” says Dr Stephanie Biergans, first author of the study and researcher at the University of Queensland, Australia.

“Honey bees have an amazing capacity to learn and remember,” says the researcher. “They can count up to four, and orientate themselves by learning patterns and landmarks. They are also social insects that interact, teach and learn, making them successful foragers. Bees remember how to find a food source, how good the source was, and how to return to the hive.”

As such, the honey bee can form complex memories through processes much like those happening in human brains. But, the honeybee brain is simpler and they have a smaller genome. This makes them an ideal model for investigating how the different processes needed for long-term memories happen.

Scientists know that when a memory is formed, molecular changes can trigger physical changes to the brain, including new or altered neural connections and activity. These build up over a lifetime to create our long-term memory.

One series of molecular changes that can occur due to experience or environmental changes and that affect memory formation is the differential expression of certain genes, mediated, among others, through processes collectively called epigenetic mechanisms. They regulate gene expression through modifications of the DNA or its associated proteins, without changing the genes themselves.

“We knew that DNA methylation is an epigenetic process that occurs in the brain and is related to memory formation,” Biergans explains. “When we block this process in honeybees it affects how they remember.”

Biergans taught two groups of honey bees to expect sugar in the presence of a particular smell. One group learned over an extended period, being exposed to the sugar and smell together many times. The other was given the combination only once. Using an inhibitor compound, Biergans halted DNA methylation in some bees in each group. The bees’ memory formation in the two groups were tested and compared, with and without, DNA methylation occurring. By changing the smell that accompanied the food, Biergans and colleagues also found that DNA methylation affects how a bee can re-learn.

“When the bees were presented with sugar and a smell many times together, the presence of DNA methylation increased memory specificity – they were less responsive to a novel odor. On the other hand, when only introduced to the combination once, DNA methylation decreased specificity,” she summarizes.

For a foraging honey bee, this makes total sense. When a bee gets food from a single flower, it’s not worthwhile remembering how it smells. That bee will have a general memory of the site, but will shop around and try other flowers – there is no specificity to its foraging. But, when each flower with that smell proves over and over to be a good source of nourishment, the bee will stick to those flowers and seek them out.

DNA methylation also occurs in the human brain and the team’s findings are key to understanding how we remember. And, how we forget.

“By understanding how changes to the epi-genome accumulate, manifest and influence brain function, we may, in the future, be able to develop treatments for brain diseases that also develop over a lifetime. There is thought to be a genetic predisposition for some conditions, such as Alzheimer’s and dementia, but in many cases environmental factors determine whether the disease will manifest,” Biergans concludes.