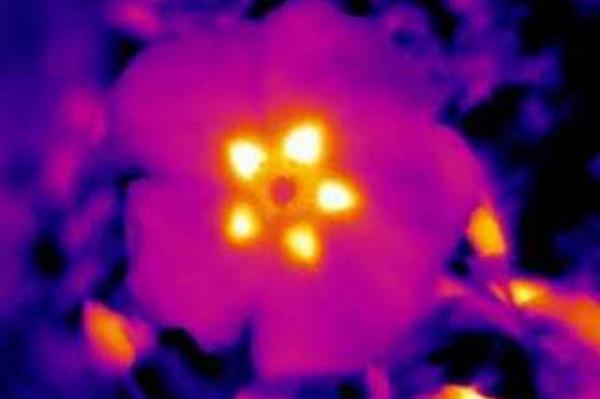 Heat plays an important role in flower-pollinator interactions. According to new research, heat patterns serve as signatures for flowers, advertising their availability to passing bees.

When scientists at the University of Bristol analyzed the dispersion of heat across the petals of common garden flowers, like poppies and daisies, they found heat patterns reflect the visual patterns produced by the colored pedals. Researchers also found the heat patterns were an average of 4 to 5 degrees Celsius warmer than other parts of the flower.

While the flowers all looked the same to the human eye, lab tests involving bumblebees proved pollinators can use the heat pattern signature to tell the flowers apart. The patterns helped bees choose the flowers most likely to offer the most nectar.

Researchers shared the results of the artificial flower experiment in a new paper published this week in the journal eLife.

“The presence of multiple cues on flowers is known to enhance the ability of bees to forage efficiently, so maximizing the amount of food they can take back to sustain the rest of their colony,” Bristol researcher Heather Whitney said in a news release. “Climate change might have additional previously unexpected impacts on bee-flower interactions by disrupting these hidden heat patterns.”