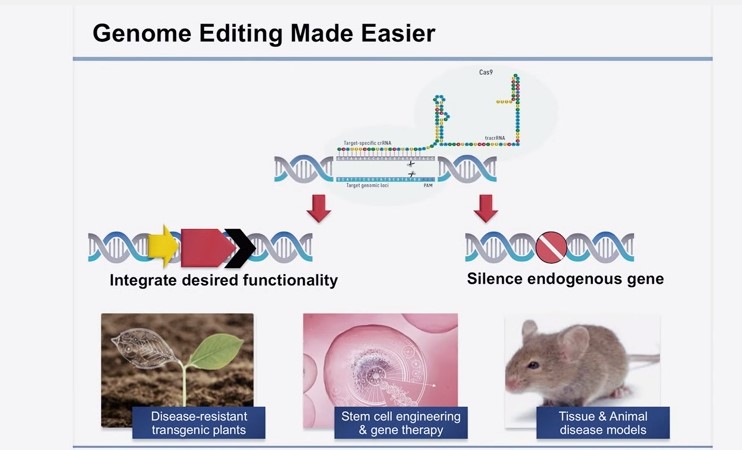 CRISPR/Cas9 made a huge splash in the news when it was initially announced. But the first commercial product, expected around 2020, could make it to the market without much fanfare: It’s a waxy corn destined to contribute to paper glue and food thickeners. The cover story of Chemical & Engineering News (C&EN), the weekly newsmagazine of the American Chemical Society, explores what else is in the works.

Melody M. Bomgardner, a senior editor at C&EN, notes that compared to traditional biotechnology, CRISPR allows scientists to add and remove specific genes from organisms with greater speed, precision and oftentimes, at a lower cost. Among other things, it could potentially lead to higher quality cotton, non-browning mushrooms, drought-resistant corn and — finally — tasty, grocery store tomatoes.

Some hurdles remain, however, before more CRISPR products become available. Regulators are assessing how they should approach crops modified with the technique, which often (though not always) splices genes into a plant from within the species rather than introducing a foreign gene. And scientists still don’t understand all the genes in any given crop, much less know which ones might be good candidates for editing. Luckily, researchers can use CRISPR to find out.