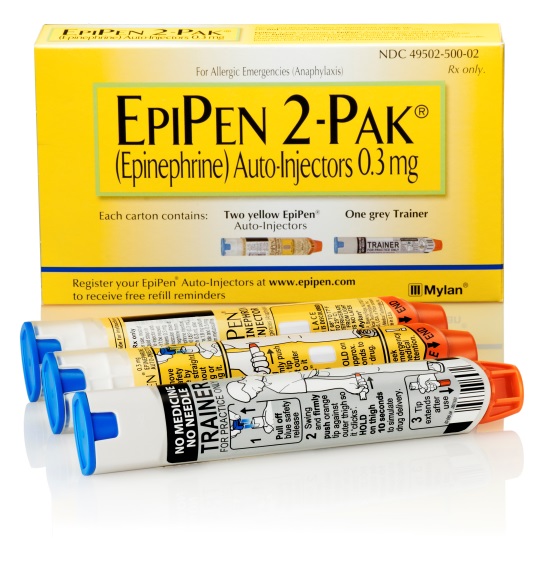 For people who suffer from allergies and anaphylaxis, it appears the price of EpiPens are on the rise—with many people attributing the increased cost to lack of competition.

For more than 25 years, the EpiPen auto-injector has been the most prescribed epinephrine auto-injector in the U.S. EpiPens used to be cheap—just $35.59 wholesale in 1986. Now prices hover around $35- – $500 for a two-pack—the only option (which, given an 18-month-from-manufacture shelf life, risks waste and reliance on an expired device).

“EpiPen is like Kleenex. Doctors write [prescribe] EpiPen,” said Don Bukstein, an Allergist at Allergy, Asthma and Sinus Center. “There was some competition in the field and then one of the devices went off the market.”

Sanofi voluntarily recalled all Auvi-Q (epinephrine injection) on the market in October 2015, including both the 0.15 mg and 0.3 mg strengths for hospitals, retailers, and consumers. The recall was due to an inaccurate dosage delivery, which could include failure to deliver the drug. According to one source, Sanofi may be inclined to terminate Auvi-Q—leaving EpiPen with even less competition than before.

Local pharmacists have reported the injectable form of EpiPen has increased by approximately $170, totaling $550 for a single order. Previously, the EpiPen costed $100-$150, but, due to this sudden monopoly on the market, the cost continues to rise. One doctor said that his patients are paying $400 to $500 per device since Auvi-Q was pulled from the market.

“There is no other supply so they are able to charge that money,” said Dr. Douglas McMahon. “It’s actually a very cheap medicine it only costs a couple cents for the amount to stop a severe reaction.”

Mylan, the manufacturer of EpiPen, has been increasing the prices on all of their medicines, including a 15 percent price increase for EpiPen as well as a 400-500 percent increase on some of their other medications, such as ursodiol (a gallstone medication) which increased 542 percent.

Mylan issued a statement in response to the higher costs:

Mylan has worked tirelessly over the past years advocating for increased anaphylaxis awareness, preparedness, and access to treatment. As the leaders in this space, our efforts are aimed at benefiting those living with potentially life-threatening (severe) allergies, and we take this leadership position seriously.

Mylan does not set the final retail cost of its products charged to patients. One would have to look across the many parties that constitute the distribution channel as they all play a role in the ultimate access and retail price of prescription drugs in the marketplace.