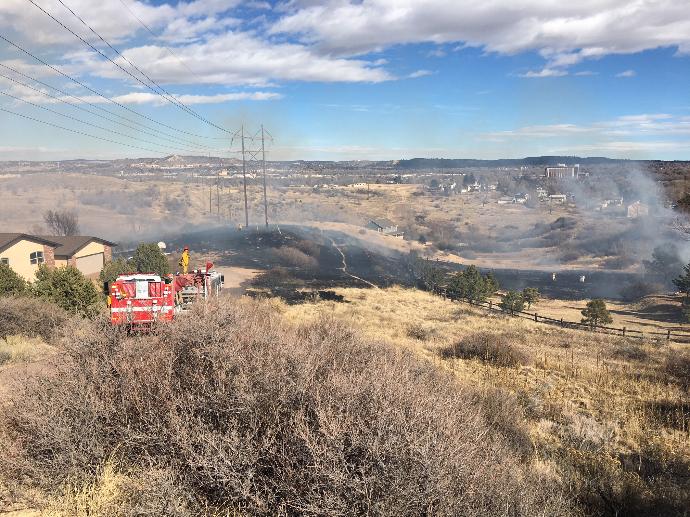 COLORADO SPRINGS, Colo. (KKTV) – Fire investigators say a beekeeper using a smoker sparked a grass fire near I-25 and W. Fontanero Street Friday afternoon. Firefighters told our 11 News crew on scene that some of the heat got onto the grass and the fire quickly spread through the dry brush.

Colorado Springs fire crews were called to the scene on Broadview Place around 1:30 p.m. Friday. Smoke could be seen for miles, but crews were able to quickly contain the flames.

“What was in our favor today, was 31 percent relative humidity,” said Captain Brian Vaughn with the fire department. “Depending on what’s going on with the wind, and of course we are super dry, this could’ve run really quickly, but we had a little bit of a reprieve from what we had two days ago with the red flag warning.”

Fire officials say four acres were burned. No structures were damaged and no injuries were reported.

The flames came close to spreading to Dora Gonzales’s house, but the rocks and concrete surrounding her home stopped the fire in its tracks. Gonzales tells 11 News her housekeeper saw the flames and called her. Gonzales rushed home and could see the smoke while driving toward her home.