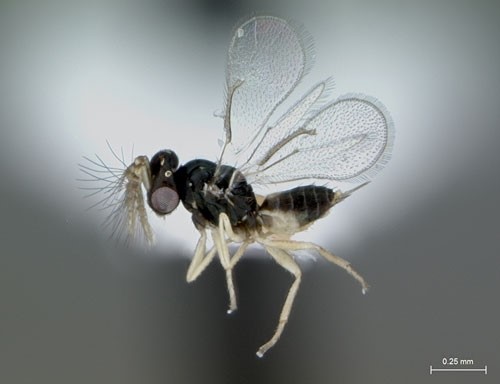 Researchers at Cal Poly Pomona are breeding sting-less wasps to help contain the citrus pest population in California. The scientists are trying to combat the spread of the Asian Citrus Psyllid – the insect responsible for destroying 70 percent of Florida’s citrus industry.

The university focused on breeding tiny sting-less wasps known as Tamarixia. The wasps feed exclusively on the citrus pest and can go where pesticides cannot.

“There are a lot of people that have citrus trees in their backyards. It’s very hard to control with pesticides from the point of view of gaining access,” Mellano said.

The greenhouse at Cal Poly Pomona was built strictly to breed the insects in a safe and contained environment.

According to Radabaugh, Tamarixia are being bred in 180 cages at their facility. They plan on releasing approximately 30,000 Tamarixia in Southern California.