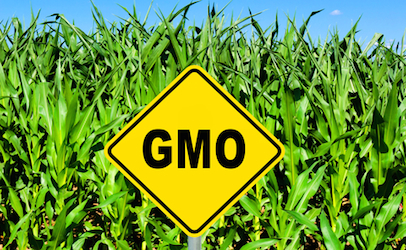 WASHINGTON (AP) — Consumers wanting to know if their foods contain genetically modified ingredients will be able to find out for the first time.

Congress sent legislation to President Barack Obama on July 14 that would require most food packages to carry a text label, a symbol or an electronic code readable by smartphone that indicates whether the food contains genetically modified ingredients, or GMOs. The Agriculture Department would have two years to write the rules.

The White House says Obama will sign the bill, which would pre-empt a Vermont law that kicked in earlier this month. The House passed the legislation 306-117 on Thursday.

While the bill gives companies the three options for labeling, the Vermont law would require items be labeled “produced with genetic engineering.”

“If there is an acknowledgement about the right of a consumer to have access to information, why not give them the information in plain and simple English?” asked Welch on the House floor.

Advocates for labeling and the food industry, which has fought mandatory labeling, have wanted to find a national solution to avoid a state-by-state patchwork of laws. The food industry supports the legislation, which was the result of bipartisan Senate negotiations. But many advocates do not, arguing that many consumers won’t be able to read electronic labels and that there aren’t enough penalties for companies that don’t comply.

While there is little scientific concern about the safety of those GMOs on the market, advocates for labeling argue that not enough is known about their risks and people want to know what’s in their food. Among supporters of labeling are many organic companies that are barred by law from using modified ingredients in their foods.

The food industry says GMOs are safe and the labels could mislead people into thinking they aren’t. But several companies started to label their foods anyway as Vermont’s law went into effect.

Republicans and lawmakers from rural states overwhelmingly supported the legislation. Agriculture groups have backed it, hoping it will bring more certainty to farmers who grow genetically modified corn and soybeans.

Genetically modified foods are plants or animals that have had genes copied from other plants or animals inserted into their DNA. While farmers have been selectively breeding plants for centuries, this manipulation is done in a lab, speeding up the process by transferring a gene from one plant or animal to another. The engineering is done to create certain traits, like resistance to herbicides.

The bulk of the nation’s genetically engineered crops are corn and soybeans that are eaten by livestock or made into popular processed food ingredients such as cornstarch, soybean oil or high-fructose corn syrup. Only a handful of genetically engineered fruits and vegetables are available in the produce aisle, including Hawaiian papaya, some zucchini and squash and some sweet corn.

The food industry says 75 percent to 80 percent of foods contain genetically modified ingredients — most of those corn and soy-based. The Food and Drug Administration says they are safe to eat.

The legislation encompasses some foods that were exempted from the Vermont law, but it also allows the Agriculture Department to determine how much of a “bioengineered substance” must be present to require a GMO label. Labeling advocates say many foods wouldn’t be labeled if the department sets a high threshold.

Pure natural honey is, by definition, a non-GMO food.  It’s that simple! 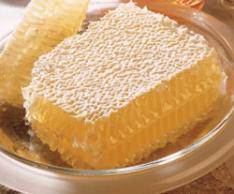 Today’s consumers rely on many sources for information on their diet and food choices. Perhaps the most frequently consulted, but least reliable, source is the internet – where everyone can be an ‘expert’ on their chosen subject.  Gluten-free, raw, local, vegetarian and non-GMO are currently among the food topics most often discussed.

Regarding a non-GMO diet, some of the main questions being asked of the honey industry are:

“Is honey free of GMOs?”

Answer:  The FDA discourages the use of the term “GMO Free” because all food items may contain trace amounts of GMOs.  The European Union, Australia and other countries have established thresholds for their GMO labeling laws.  The regulations require all food items which contain more than 0.9% GMOs to declare GMO contents on the labels. Honey is not required to be identified or labeled as a non-GMO food because GMO’s in honey never exceed this threshold.  Honey, as most other foods, may not be completely GMO free, but it is a non-GMO food according to the standards established by the European Union, Australia and other countries.

Answer:  Pure honey can be introduced into a non-GMO diet and not only will you maintain your personal nutritional choices, but you will receive all the wonderful benefits honey has to offer.

“If honey is not Certified as non-GMO, does that mean it may contain GMOs?

Answer: Although some interest groups and organizations appear to complicate the issue, the simple truth is this: honey qualifies as a non-GMO food.  It does not require any type of certification in order to be classified as a non-GMO food item.  Some companies choose to have their honey certified as “non-GMO” by independent organizations, but in terms of GMO content, honey certified as non-GMO is not superior to any other non-certified pure honey.

“Can trace GMOs be eliminated from honey by monitoring bee forage areas?”

Answer:  It is not realistically possible to monitor all honey bee forage areas, or to create a GMO-free forage zone. Even if a GMO-free zone were to be established, bees can travel great distances, and neighboring bees could enter the GMO-free zone and distribute pollen containing GMOs onto non-GMO crops.

To better understand the basics of GMOs, here are the FDA definitions on the subject:

“Genetic modification” is defined as the alteration of the genotype of a plant using any technique, new or traditional. “Modification“ refers to the alteration in the composition of food that results from adding, deleting, or changing hereditary traits, irrespective of the method.

This definition is provided by an independent certification organization:

“GMOs (or “genetically modified organisms”) are living organisms whose genetic material has been artificially manipulated in a laboratory through genetic engineering, or GE. This relatively new science creates unstable combinations of plant, animal, bacterial and viral genes that do not occur in nature or through traditional crossbreeding methods.”

So how are these definitions applicable to Honey?

Honey is a food produced by bees from the nectar of plants.  Honey is not a plant and there are no known species of genetically engineered (GE) honey bees.  The definitions support honey’s established status as a non-GMO food item.

Here are just a few of the facts about honey as a non-GMO food:

In the US, there are no current national GMO labeling requirements.  Moreover, the state of Vermont enacted legislation in 2016, which clearly excludes foods from any GMO labeling requirement when the food is “consisting of or derived entirely from an animal that is itself not produced with genetic engineering, regardless of whether the animal has been fed or injected with any food, drug, or other substance produced with genetic engineering”.

Honey bees, beekeepers and the honey industry are direct contributors to the success of American and world agriculture.  In today’s world, the honey industry faces many problems such as hive loss, drought, colony collapse and shrinking forage areas.  Fortunately, honey’s position as a pure and natural food is unchallenged.

Produced by bees from the nectar of plants, honey is a non-GMO food, the purest of nature’s sweets.

The EU should decide definitively whether gene-edited plants are covered by GM laws. When philosopher George Santayana said more than a century ago that…