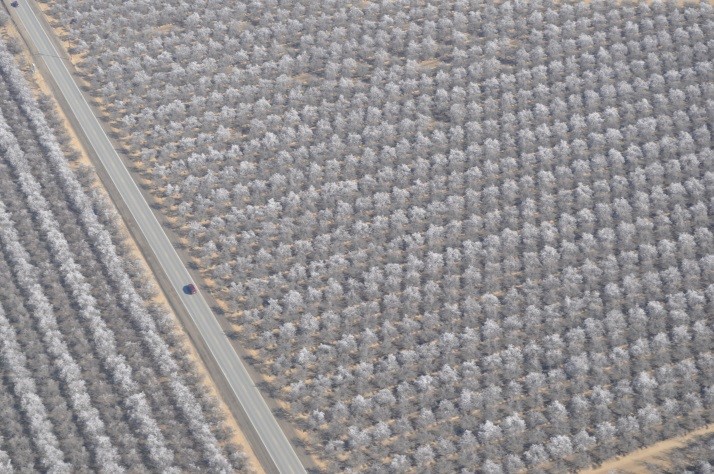 Aceitera General Dehesa inaugurated in Mendoza its first industrial plant for the production of almonds, after making an investment of 70 million pesos. The company from Cordoba has been working for seven years in the province of Cuyana, in its first project outside the Pampa Humeda.

In addition to the industrial plant, AGD has 800 hectares of almonds planted in the department of Lavalle: 500 hectares in full production and another 300 hectares that they expect to incorporate into their production in the next years. In total, they have already planted some 265,000 plants, which were produced and grafted in Mendoza by local nurseries. It’s worth noting that producers have to wait an average of 4 years for the first harvest and at least 7 years to achieve full productive capacity.

“So far, we have had a maximum yield of about 2,500 kilos per hectare, but our averages are lower than that, as there are varieties that yield less,” said Javier Martinetto, the Manager of AGD’s nut sector.

The start-up of the agricultural production demanded an investment of 160 million pesos, in addition to the 70 million pesos of the industrial plant.

AGD disbursed this money in less than 7 years seeking to position itself as a reference in the intensive cultivation of almond trees, something outside the comfort zone of this multinational.

The company, which has 24.6% of the world’s peanut export market, is trying to accompany this growth with the development of other products. Despite being a traditional crop in Mendoza, the almond has had little expansion in Argentina and local production is not enough to supply the domestic market.

“Our idea is to supply the domestic market and to place our almonds in other countries that traditionally consume this product, such as Spain, which is well known for its nougat with almonds,” he said.

The global price scenario seems to encourage exports. According to AGD, international values range from 6 to 7 dollars per kilo, but is has peaked at 10 dollars per kilo, mainly due to the industrial consumption of this type of nuts, in snacks, marzipan, or nougats.

Mendoza has some 2,085 hectares of almond trees, mainly concentrated in the departments of Maipu, Lavalle and San Martin. The production volume has been erratic in recent years, mainly due to the incidence of frost.

“We considered the frost issue when putting together the project. Many crops in the province had serious problems with the frosts because of the varieties used, which were early flowering. However, we are going to work with the Spanish type,” Martinetto stated.

He added: “The one we have planted the most is the Guara, which has the hardest shell and blooms later, which reduces the risk of frost damage.”

However, to minimize the risk, AGD also installed an anti-freeze mechanical system. They have 11 fans that protect 80 hectares of the farm. In addition, they will install another 22 fans before August this year to expand the amount of protected hectares.

For the harvest, the company also opted for the mechanization of the crop, which involves three stages with high technology: tree vibration (for almond shedding), sweeping (for weeding the fruit) and harvesting (collection).

As far as industrialization is concerned, the plant opened in the Lavalle desert has reception, cleaning, peeling, electronic sorting, packaging, and storage areas. This establishment has 2,700 square meters covered and can process about 8,000 kilos per hour for shelling almonds.