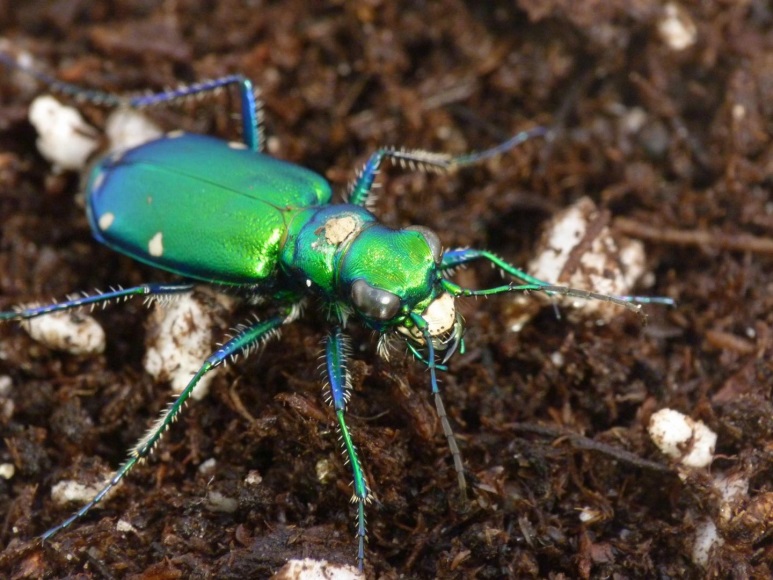 Neonicotinoids — the most widely used class of insecticides — significantly reduce populations of predatory insects when used as seed coatings, according to researchers at Penn State. The team’s research challenges the previously held belief that neonicotinoid seed coatings have little to no effect on predatory insect populations. In fact, the work suggests that neonicotinoids reduce populations of insect predators as much as broadcast applications of commonly used pyrethroid insecticides.

“Predatory insects contribute billions of dollars a year to agriculture through the elimination of crop pest insects,” said Margaret Douglas, postdoctoral researcher in entomology, Penn State. “We have found that neonicotinoid seed coatings reduce populations of these natural enemies 10 to 20 percent.”

According to John Tooker, associate professor of entomology, Penn State, the use of neonicotinoids has risen dramatically in recent years, especially for large-acreage crop species like corn, soybeans and cotton. The insecticide is most often applied to seeds as a prophylactic coating. When the seeds are planted, the insecticide enters the soil where some of it is taken up by plant roots. The chemical then runs systemically through the plant, protecting young seedlings from insect pests.

“Applying insecticides to seeds rather than broadcasting them across a field was thought to reduce unwanted effects on natural enemies,” said Douglas. “But we found that seeds treated with neonicotinoid insecticides reduced populations of natural enemies by 10 to 20 percent in North American and European farming systems. Surprisingly, this effect was about the same as that associated with broadcast applications of pyrethroids.”

The team used a statistical method, called meta-analysis, to combine the results of more than 1,000 observations from 20 field studies across North America and Europe that tested the effects of seed-applied neonicotinoids on predatory insects. “Unfortunately, the available literature is difficult to interpret,” said Tooker. “Some studies show little influence of neonicotinoids presented as seed treatments on arthropod predators that are common in crop fields, whereas others show a strong influence of these seed treatments. By using a meta-analysis approach, we were able to combine the results of many studies to quantitatively reveal the overall influence of neonicotinoids on predator populations.”

Not only did the researchers find that neonicotinoid seed coatings significantly reduced natural enemy populations, they also found that the insecticide acted more strongly on insect predators than on spiders. In other words, spiders appeared to be less susceptible to neonicotinoids than insects, which is consistent with previous research.

“This result suggests that neonicotinoids are reducing populations of natural enemies at least partly through their toxic effects rather than simply by reducing the availability of their crop pest foods,” said Douglas. “After all, insects are more susceptible to these toxins than spiders, whereas the two groups should be similarly affected by a lack of food.” The researchers note that their results may help farmers and pest management professionals better weigh the costs and benefits of neonicotinoid seed treatments versus alternatives.

“Several governments have restricted the use of neonicotinoids out of concern for their possible effects on pollinators,” said Douglas. “But this raises the questions, ‘What will farmers do without these products? If they switch to broadcast applications of pyrethroids, will those products be better or worse for predatory insects?’ While our results do not speak to the pollinator issue, they do suggest that predatory insects are affected similarly by seed-applied neonicotinoids and broadcast pyrethroids.”

The answer to the problem, noted Tooker, lies in the application of integrated pest management (IPM), a strategy that uses a combination of techniques — which may or may not include the targeted use of insecticides — to control pests, rather than universally deploying prophylactic tactics like insecticidal seed coatings.

“Substantial research exists supporting the value of IPM for pest control,” he said. “It is the best chance we have of conserving beneficial insect species while maintaining productivity in our agricultural systems.”