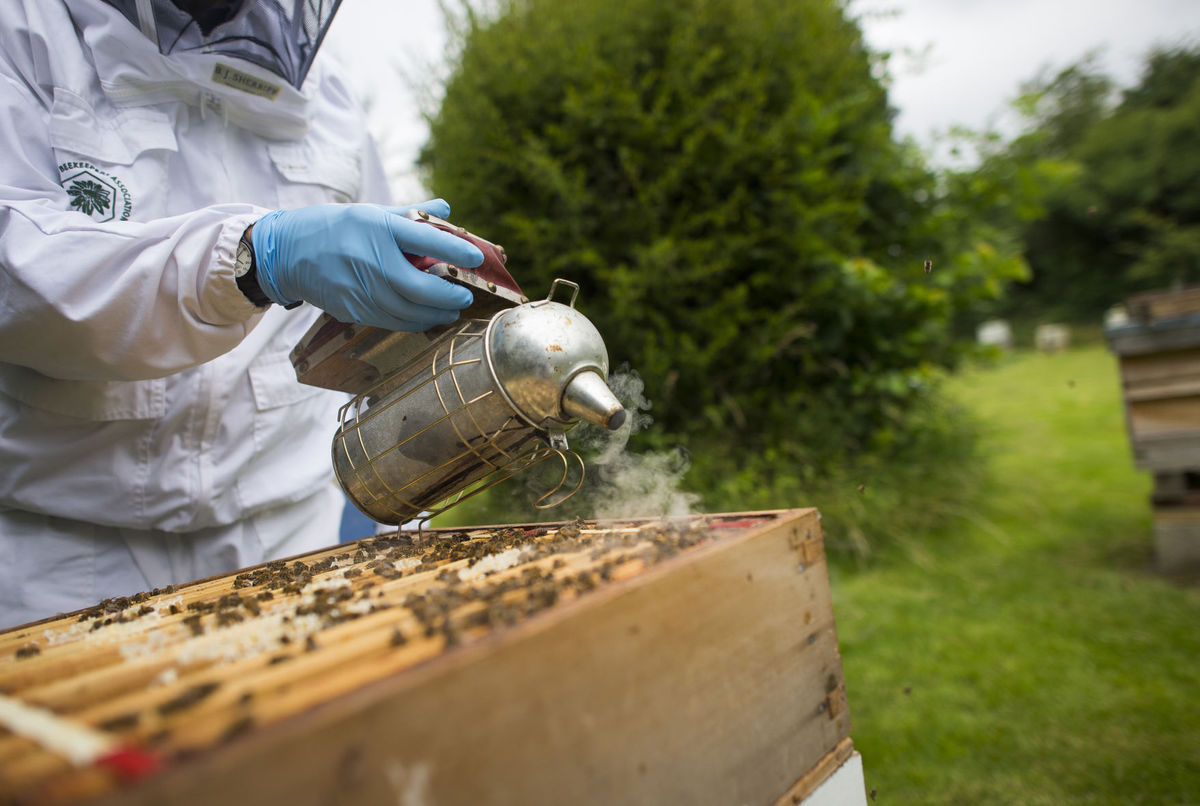 SURBITON, England – The honey bees buzzing inside the hives in this community garden outside of London appear blissfully oblivious of the follies of man. But the political drama that has engulfed their human keepers since Britain voted to leave the European Union could ensnare them as well.

Few have bothered to consider what the country’s historic decision to end its four-decade alliance with the continent will mean for the humble arthropod. Gaining far more attention have been the passionate debates over the merits of immigration and the limits of globalization that fueled the nation’s desire to quit Europe.

But unraveling any marriage is a complicated affair, and the fate of Apis mellifera highlights how entangled Britain has become with the 27 countries beyond the English Channel. At stake are the future of European regulations of pesticides that could threaten the 250,000 hives on this island nation, medicines that can be used to treat honeybee ailments, and funding for inspectors responsible for ensuring the health of Britain’s bees.

“The EU treaty is a finely balanced, huge political compromise between national governments,” said Jacob Funk Kirkegaard, senior fellow at the Peterson Institute for International Economics. “People think, ‘Oh, it’s just a free-trade agreement,’ but it’s not. It’s much, much bigger than that.”

Britain’s vote to leave the EU, popularly known as “Brexit,” was a repudiation of the belief in the free movement of goods and people that is at the heart of the alliance with Europe. Implementing those principles has generated reams of regulations and legislation that trace their origin to the EU’s seat of power in Brussels and touch even the most obscure corners of the economy. There are carefully worded communiques on climate change, mandates for medical devices, prescriptions for pension administration and standards for safety procedures.

No one knows how many rules will remain intact and how many will be renegotiated – or abandoned altogether. No one is even certain how much legislation emanates from Brussels. Attempts to count are often politicized, according to Annette Elisabeth Toeller, a public policy professor at FernUniversitaet in Germany.

“We don’t have the capacity within Parliament, within our civil service, to do all that – to basically start from scratch again,” said Jeff Ollerton, a professor of biodiversity at the University of Northampton. “There’s not enough time in the next 100 years.”

The honey bee falls under the jurisdiction of the European Food Safety Authority. The EU produces more than 200,000 tons of honey for human consumption each year, but officials’ interest is not merely culinary. Bees are a critical pollinator of Europe’s farm crops, and their indirect impact on agriculture is estimated to be 22 billion euros, dwarfing the sales of honey. Beekeepers hope that means their interests would not be ignored in any future discussions.

“Beekeeping is a little bit like – well, I wouldn’t say religion,” said Tim Lovett, spokesman for the British Beekeepers Association. “If you’re against bees, you’re in serious trouble.”

EU officials published an assessment last year of the 1,965 species of bees native to Europe and found that 9.2 percent are threatened with extinction. There is a working group on apiculture and bee health within the European Parliament, the alliance’s legislative arm. And this summer, the fifth annual “Bee Week” took place in Brussels. The theme: “Bees caring for Europeans. Europeans caring for bees?”

Beekeepers are divided over what the Britain’s departure from the EU will mean for their hives. Generating the most buzz is a temporary ban on pesticides, known as neonicotinoids, used by farmers. Environmentalists and bee enthusiasts had lobbied for the moratorium after noticing that bees exposed to the chemical appeared to act drunk, becoming disoriented and getting lost.

Now the question is whether Britain will keep the ban or roll it back.

“Environmental issues cross political boundaries. In order to tackle them, you have to work together,” said Norman Carreck, science director at the International Bee Research Association. “If the U.K. leaves, everything is open to negotiation.”

To those who supported remaining in the EU, the moratorium is exactly the type of regulatory minutiae that the alliance is supposed to alleviate. A centralized bureaucracy helps Britain compete in an increasingly interconnected world. Rather than negotiate with 28 agencies over pesticide use across Europe, beekeepers need only deal with one. A unified bloc also gives Britain greater leverage in negotiations with other world leaders. Collectively, the EU is the largest economy in the world – bigger than the United States. Alone, the United Kingdom is a distant fifth.

But to the majority who voted to leave, Brussels instead has become synonymous with faceless bureaucrats standing in the way of a British resurgence. And they have railed against red tape with the same fury that Americans aim at Washington.

Supporters of ending the alliance point to the example of the “bendy banana,” an EU requirement that top-graded bananas be “free of malformation and abnormal curvature.” An EU rule that mandated coffeemakers come with an energy-efficient setting sparked outrage. A review of the standards for candles – EN 15426:2007, EN 15893:2007 and EN 15494:2007 – was slammed as “barmy Brussels bureaucracy.”

Lovett has worked with honey bees for more than 30 years, a one-man hive of activity who has served as trustee, chairman, president and now spokesman for the beekeeper’s association. Although the organization took no official stance on Britain’s break with the continent, Lovett said his years of work in the bureaucratic weeds on behalf of bees has made him skeptical of what was once billed as the grand European project.

How Britain will extract itself from the regulatory thicket in Europe remains unclear. Officials could try to leave many of the rules not directly related to trade and immigration in place. But voters may want a more decisive break, and European leaders have signaled reluctance to cut the recalcitrant nation an easy deal. A more dramatic move would be to cut ties altogether – a regulatory “nuclear option” – forcing Britain to back to square one, an unprecedented undertaking that experts estimate could take a decade or more to complete.

To a honey bee, it might as well be eternity. Worker bees live only a few weeks, although a queen bee can rule for years. There are about 24 hives at the apiary at Kingston Gardens, southwest of London and near one of the last remaining palaces from the reign of King Henry VIII.

On a recent summer morning, Lovett donned his white beekeeping suit and filled a metal can with burning cardboard and grass. As smoke wafted out, he fanned it toward one of the man-made hives, rousing its inhabitants to life.

Lovett pulled out a wooden frame of honeycombs teeming with large, black-eyed drones – too many drones, actually, a potential sign of an impending swarm. When that happens, worker bees will take off with their queen, fleeing the old hive in a massive uprising and establish their colony elsewhere.

And once they leave, there is no turning back.