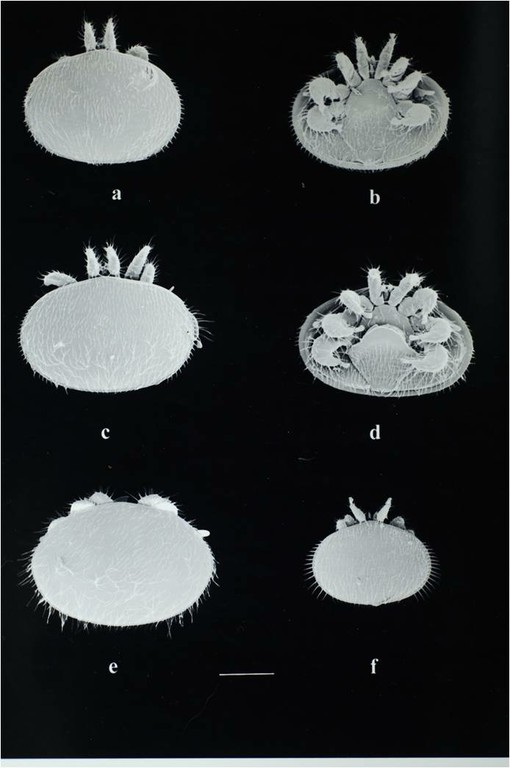 Australia imposes a regional quarantine after Varroa mites are found in northern Queensland and they may have been there for years.

Confirmation from the federal and Queensland governments and industry sources that the two mites in a feral Asian honey bee hive in Townsville, 830 miles north of Brisbane, were jacobsoni means Australia has again dodged the Varroa bullet.

Varroa jacobsoni parasitizes Asian honey bees (Apis cerana). The more damaging Varroa destructor, only identified as a separate species in 2000, is a parasitic mite that attacks both Apis cerana and Apis mellifera.

“Asian honey bees are the natural host of this species of Varroa mite,” he says in a statement. “However, a recent report by the CSIRO has shown for the first time this species reproducing on European honey bee and it is this strain that we are most concerned about.

“This strain is known to be widespread in Papua New Guinea.

“Asian honey bee is not known to be established in Townsville and to date, no further feral Asian honey bee hives have been found in the area where this hive was located and then destroyed.”

Ashton says Biosecurity Queensland’s quarantine and surveillance program includes surveillance of managed and feral hives, and traps set to attract bees to check for the presence of Varroa mite.

“We are keen to examine a number of managed hives in the Townsville area to ensure they are not infested with Varroa mite,” he says. “We are also asking the public to report feral hives so they can be sampled and destroyed to prevent any spread of the mite.”

The Brisbane Department of Agriculture says that based on expert advice, the 5,000-strong colony of Asian honey bees where the Varroa mites were found was potentially up to two years old.

“During this time the bees could have swarmed and spread from the site of detection,” a quarantine order signed by department Director General Elizabeth Woods states.

Australian Honey Bee Industry Council executive director Trevor Weatherhead posted a statement he said has been approved for circulation to all industry members.

“Scientific analysis of the bees has confirmed that two Varroa mites (Varroa jacobsoni) were present on two of the bees,” it says.

“A check of the surrounding area has found no further Asian honey bees or their hives,” it says.

“Traps and sentinel hives that are already in place around the port as part of the National Bee Pest Surveillance Program have not collected any exotic bees or mite pests over the past two years.”

The council statement says testing will be done to see if these bees have any relationship to the Asian honey bee that is already present in areas of Far North Queensland, or bees that were associated with previous detections at the Townsville port – with the last detection in 2014.

“While Asian honey bees are established in areas of Far North Queensland, Varroa mites are not known to be present in that population,” the statement says.

The national Consultative Committee on Emergency Plant Pests met July 1 to confirm the identification of the pests, and discuss the required response activities for Varroa jacobsoni.

It has previously been determined that Asian honey bees cannot be eradicated from Australia, so response activities are only focused on the Varroa mites.

“Australia has well established arrangements in place for responding to exotic pests, such as Varroa,” the council says. “This is a nationally significant pest that will see all efforts put in place to prevent it from establishing in Australia.”

Australia is, for now, the only major honey-producing country where the bee-killing Varroa has not established itself.

Woods says the Asian honey bee hive was detected in the Port of Townsville on June 27 and was immediately destroyed.

The dead bees and comb were sent to the department’s Operational Science Program, in Brisbane that found Varroa.

Varroa jacobsoni was then confirmed morphologically three days later by the Commonwealth Scientific and Industrial Research Organization in Canberra.

The quarantine, or movement control order as the state government calls it, is intended to assist in the eradication of Varroa by restricting the movement of mite carriers and allow surveillance and control measures.

“I consider it necessary to make a movement control order as I am satisfied, on reasonable grounds, that Varroa mite (Varroa jacobsoni) poses a serious biosecurity risk,” Woods said in the order.

The quarantine order covers 6.2 miles (10 kilometers) around the Port of Townsville.

The movement control order will stay in effect for three months unless the earlier revoked.

Meantime, the Australian Vegetable and Potato Growers Federation says with Varroa a nationally significant pest, all efforts will be put in place to prevent it from establishing in Australia.

“Professional and amateur bee keepers need to be vigilant in inspecting their hives for signs of Varroa mite and other exotic pests,” federation scientific affairs national manager Jessica Lye says.

“It is vital that any suspected sightings of these pests are reported to state or territory’s department of agriculture or biosecurity early so that all measures can be taken to ensure they are dealt with in a timely and effective manner.”

The federation statement quotes Weatherhead as saying while there are no expected domestic or international trade issues at this time, it is important that all industry stakeholders work together to ensure rigorous surveillance of Varroa is maintained.

“It is currently believed that these forms of Varroa mites do not readily transfer between host species – that is, if the mite is found on Asian honey bees, it does not readily move to European honey bees,” Weatherhead says.