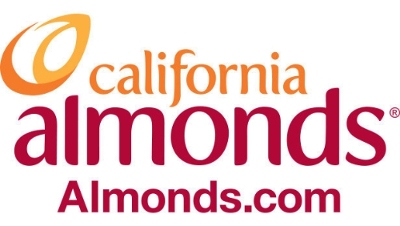 After their meeting in early December, Almond Board of California (ABC) announced innovative research that looks into new potential applications for almond coproducts. The almond community has always taken responsibility for its coproducts – almond hulls, shells, and other woody material – ensuring that they’re put to beneficial use rather than sent to a landfill. However, changing markets for these products has led the ABC to focus research investment on new uses which address manufacturing needs across several industries, among them food, automotive, pharmaceutical and plastics. This brings value to the California almond community (and by default, almond pollinators and their beekeepers), the economy, the local environment, and supports almonds on their journey to zero waste.

At The Almond Conference, Glenda Humiston, PhD., Vice President, UC Division of Agriculture and Natural Resources, presented on the topic of coproducts, noting, “We have shifted our mindset to view agriculture coproducts as an opportunity, not a problem. In fact, as research continues to find new and innovative technologies to commercialize coproducts into bioproducts, almond coproducts might someday be as profitable as the almonds themselves. It’s a win-win for the almond industry.”

Researchers are looking at creating materials from almond hulls and shells that can be incorporated into cosmetics, foods, pharmaceuticals and plastics. Almond shells can be heated to high temperatures, producing a charcoal-like product, which has the potential to be used to create stronger, biodegradable plastics such as garbage bags, flower pots and rubber tires.

Existing research has already shown how sugar can be extracted from almond hulls, which has potential applications as a food ingredient or a fuel. Once the sugar is extracted spent hulls remain and Almond Board research is focused on exploring the ways to use this material. One example is using fermentation by which they can be converted to make fibrous materials that can be added to diapers as a natural absorbent or as additives for foods, moisturizers and pharmaceuticals.

“This research supports California in creating a genuine bioeconomy – where every byproduct is an input to another valuable product,” said Karen Lapsley, D.Sc., Chief Scientific Officer at the Almond Board of California. “However, we are also exploring opportunities to take these coproducts and incorporate them back into the orchard, which can contribute to reducing the carbon footprint of almonds.”

Ongoing research is examining the potential benefits of whole orchard recycling, the process of grinding up entire almond orchards at the end of their mature life and incorporating the trees’ material into the soil. Potential benefits of this practice include returning nutrients to the soil; improving soil quality, air quality, water infiltration and water-holding capacity; and slowing the rate at which carbon dioxide is released into the atmosphere, prolonging the carbon sequestration benefits that trees bring to our planet.

Additionally, researchers are examining the benefits of reincorporating almond hulls into the soil. Just as almonds are high in important nutrients, almond hulls are as well which can make them a valuable soil amendment and source of organic matter. Furthermore, the spent almond hulls left over from sugar extraction can also be heated to high temperatures to produce a product similar to charcoal, known as biochar. Biochar can be spread on all farms (not just almond farms) which could lead to improvements in soil quality and water-holding capacity. Future research is needed to understand and quantify the impacts of biochar on almond orchards.

It’s important to note that while new research is looking at alternative uses, for decades the California Almond community has utilized almond coproducts, which include the hulls and shells that protect the nut during its development as well as the woody biomass of the tree itself, in a responsible, sustainable fashion, often yielding secondary benefits. Currently, the hulls are sold as nutritious livestock feed, the shells are used as livestock bedding and the tree woody material can be used to create alternative energy.

For more information on current and future uses of almond coproducts, click here to download the new Using Everything the Orchard Grows: Our Commitment to Zero Waste infographic.