The Business of Bees: Part II of III

In Part I of this series, I explained how to do a Sole Proprietorship for a bee business. It wasn’t until recently, particularly speaking at the Voices of Bee Culture (in Medina, OH, home of the A.I. Root Company) that I really began to understand that almost nobody who reads my articles understands why I’m randomly installing 500 packages of bees, or moving hives to South Dakota, and then writing about having leftover equipment to build turkey and quail pens. In Medina at the Voices of Bee Culture I met Toni Burnham in person and we hit it off pretty well. She asked me to speak for the Maryland State Beekeeper’s Meeting in November and their meeting was close enough to Bobby’s parents to drop off the kids (who really didn’t want to go, except Charlie joined us) and made it a day trip. It was brought to my attention again that not only do people not know what I do, but they don’t really know it’s in a realm that actually exists. 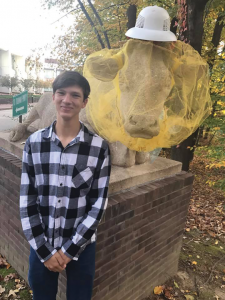 Charlie and the Beekeeping Cow at Maryland State Beekeepers Association.

Before I dig in too deeply, let me just give props to the MD Beekeepers. They were excellent hosts and asked great questions. Cybil, their state apiarist, was totally my hero because of her decorating skills and knowledge of bee issues. When we arrived at the entrance to the MD Department of Agriculture, there were two life-sized concrete cows. They had on bee veils with hats and asked for selfies (it was a mental communication from the cows. They told me so). Toni informed me later that this was Cybil’s handiwork. Allen, the MSBA president, was a great host and kept the meeting pretty friendly overall. You might wonder why it would need to be kept “friendly” but you might also wonder what I was presenting, which was on the bee business that Bobby and I do, which is contract research for honey bee effects from pesticides.

When thinking about jobs or careers that involve bees, there are the obvious ones that come to mind, like commercial beekeeper for pollination or honey production, businesses that sell packages of bees and/or equipment, and then government or academia that does bee research. My part is a little bit different. Our company tests the effects of pesticides on honey bees for governmental submission as a non-biased third party. I didn’t realize until I gave a presentation at EAS in Kentucky that some people didn’t know that pesticides have to be tested before they can be registered.

So how does this work for us? Well, I started my university experience at NC State in Spanish and Botany, with a focus on Ethnobotany. I dropped the double major with Spanish because NC State does not guarantee fluency upon graduation with a foreign language, but focuses more on culture, so I took all of the language classes and left it as a minor. I went straight into my Master’s a week after graduation in Agricultural Entomology and worked at the NCDA in the Beneficial Insects lab for a few months once my thesis work was complete. My first full-time career-based job started before I had my thesis defense completed and was literally the same work as my graduate research in testing efficacy of pesticides. I was working for a Contract Research Organization (CRO) where an ag-chem company pays an outside company to do the testing on their pesticides. At this time, we were making sure they did what the label said it would do. When this happens, a chemical that is not yet registered is compared to other chemicals that would be in direct competition on the market to see if it works as good or better, or has other benefits (why a customer would buy it instead of a competitor?). This was a bit before the bee research became so dominant in the U.S., but it was not too long before that started. The bee business really picked up in 2010, when some of the companies who produce pesticides realized that the government was going to start calling for re-registration of said chemicals that hadn’t been tested for effects on honey bees (which was most of them). Some of them were incredibly proactive in their approach and started producing data before it was asked of them. Some of them didn’t want to do anything until they had to, just because of the potential for a PR nightmare. At this point in our society, I can say that their idea was pretty spot-on.

Backing up a little – how does this all work? Some academic research goes into pesticides, but they are also dependent on outside sources for the finances to support their work. Not only are they not capable of meeting the requirements for government submission, but they can’t feasibly afford to produce the data on a scale that’s necessary to give a true picture of what happens in a realistic setting. These students are on their way to become professional researchers and are there to learn how to design and conduct a study, and learn how to analyze the outcome. This gets them prepared to hit the ground running once they graduate to either stay in a university setting, work in a government lab, or work in the research industry. 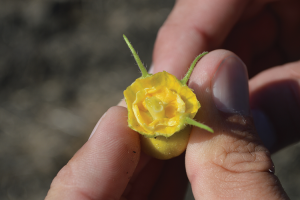 Looking at a female pumpkin flower during a residue study.

For research that is completed by a Contract Research Organization (CRO), it has to be in compliance with Good Laboratory Practice standards (GLPs). This is the baseline for making sure that there is no falsifying of data either for or against the pesticide. The company that produces the research normally has either an auditor on staff (or an entire Quality Assurance Unit [QAU] depending on size of the company), or they hire a contract auditor or auditing company to make sure they are internally compliant. The facility itself has to be inspected for compliance and a good company usually does one inspection a year to make sure they are up-to-date. Besides this, each chemical company will have their own Quality Assurance Unit who will inspect each company that conducts research for them to make sure the CRO meets the expected standards. On top of that, the EPA will also send an auditor as frequently as they can make the rounds (sometimes budget cuts make this spread out farther than the expected three year rotation) to be able to successfully complete studies for government submission. Separately, every single study that is conducted has to be audited at multiple time points throughout the study to make sure all the guidelines are followed. All of the paperwork is audited, and the reports are audited once as a draft and once before finalization. A CRO is considered a non-biased third party because we are not beholden to the results other than meeting GLP compliance. For me personally, I don’t care if your chemical causes an effect or not as long as my data is the best and I can defend the final results with a well-run study.

When any pesticide is tested for registration, it has to complete a pretty long laundry list of requirements. Worker exposure for humans, human health risks, mammals in general, amphibians, fish, birds – and then non-target arthropods are at the end. A lot of people who have a lot of issues over pesticides right now either forget or do not realize that these “new” pesticides are designed to be insect specific. While they are effective at killing insects, they are meant to be safer for humans and other wildlife, and have replaced some particularly nasty options for pest control. 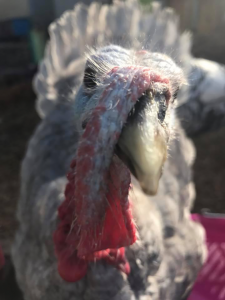 By the time we receive the pesticide for our end of the testing, we already know most of the important aspects as far as safety and use. Either we get a chemical that is in the last round of testing before product registration, or we are working on a re-registration of a chemical that was originally registered before honey bees were required on the label for effects testing. In some cases, we take chemicals that have bee effects and see what we can do to mitigate the damage. For example, maybe a chemical causes mortality when it’s sprayed during bee flight on blooming flowers, but if it is sprayed at night, the damage only lasts a day or isn’t substantial or doesn’t have an effect at all. Sometimes it could be that we test an application timing for several different time points in plant growth stages to see how close to bloom it can be sprayed without causing an effect, or how long before bloom a soil drench can be applied. A registration can fall apart in some of these studies if there just is not a way to use the chemical without causing significant effects on honey bees in a time frame that makes it useful for whatever the target was in the first place. If a fungicide is used on blossoms, then it will have to be sprayed while there are flowers on the plant. If that fungicide causes an effect on bees (this is just an example; I’ve never had a fungicide cause an effect on bees so far) at all time periods that the petals are present, then there’s no point in selling this chemical. It will either not go to market or it will have a huge bee warning label that will basically render it dead in the water and unsellable in many states.

I think a lot of these concepts might be foreign to some of the readers and I’m planning to explain more of the testing in future articles. For example, there are tiered levels of testing that have to be passed when working with bees and also setting up the bees themselves (FYI, it’s not your normal beekeeping practices, but there are important reasons why). I might also have to inject an article here or there with our beloved turkeys or the stupidly ugly (but cute) baby chicks my idiot chickens just hatched just days before the coldest record-breaking temperatures since last Winter, but I think a better understanding of what happens with pesticides in the industry will help some of you be better informed and form a different perspective about what’s happening on a larger scale.

Jessie Louque is the co-owner of Louque Agricultural Enterprises, LLC and Red Roof Agronomic Services, LLC with her husband, Bobby. Her career as a honey bee research scientist began in 2009 and has grown into a family business of bees. Their businesses run out of Francisco and Mount Airy, NC, with the help of their four kids, a lone dog who is scared of birds, two cats, and an uncountable number of chickens, guineas, turkeys, and quail. Jessie has her B.S. in Botany and her M.S. in Entomology, both from NC State University. Future expansion plans include peafowl, pheasants, cows, and goats…probably.