The process of science involves new discoveries and continuous revision. The culture of science has placed a premium on novelty, but the revision process is often slow, and hampered by context that is difficult to interpret. Stack this atop the highfalutin’ superorganism (AKA: honey bees) and yep, information can become a sticky swarming mess. Reasonable context in science comes from experimental design, statistical application, and the ability of the scientist/author to construct a reality sandwich from the meat of new results and the bread of present knowledge. Scientists learn how to present their findings clearly, and must eventually sell their ideas forward to maintain future funding. When a scientific manuscript is sent for peer-review, the author must target a general science audience by placing the work in context. However, when that same piece of work becomes a news release or popular article, it is typically painted with a more colorful brush. Like an invasion of “Murder Hornets”, it must buzz the public ear. 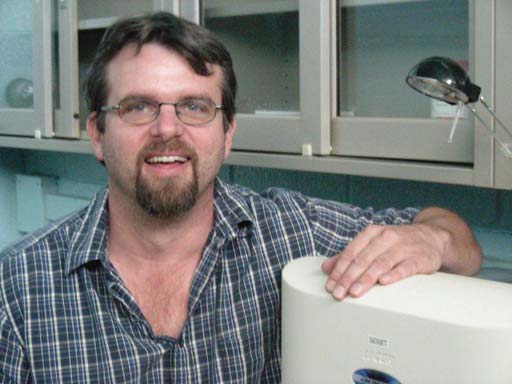 My personal favorite: “Bees Need Meat”, explains that microbes in flowers are a crucial part of the bee diet. It goes on to say that microbes are basically “meat”, and microbiome changes caused by various environmental and agricultural factors could be starving the insects. While it seems bizarre to consider bees eating meat, this news release aspired to awaken the world to the vital connection between ALL pollinators, agriculture and microbes. As a devout microbial ecologist, I wholeheartedly embrace a future wherein agriculture accounts for microbial factors across the landscape including flowers, water sources, soil, natural systems, and all pollinators, including honey bees. After all, there are thousands of pollinating bee species, and microbes are essential to nearly every life process. However, I recommend that you stop short of replacing your pollen substitute with probiotic hamburger. Although a novel and highly relevant discovery, “Bees Need Meat” was NOT about honey bees. In fact, honey bees were conspicuously absent from these studies, and for good reason. The fact is, honey bees store and process their collected pollen very differently from the bees that eat microbial meat. Moreover, the way in which honey bees control microbial growth and exposure is a hallmark of advanced social life and honey bee success.

First, let’s examine the bees that eat microbial meat. These bees are native to the Americas, and mostly solitary or socially primitive. Every female solitary bee must function as a forager, nest builder and queen. They mate, then forage for their own pollen and nectar, and lay individual eggs on nectar-laden pollen balls containing some microbes from flowers. As the larvae develop, it is sometimes a race between microbe and larvae to consume the pollen and nectar provisions. As a result, many native bees end up eating a big load of microbes along with their pollen. These microbes were called “meat” because the measured nutritional value was more similar to a meat eater than a cow grazing grass. Earlier research on native bees detailed how mold growth could devour a large proportion of solitary larvae along with its pollen ball. In response, some bee species return to the nest site to police fungal growth, walling off infected from non-infected larvae. Other solitary bee species developed ways to combat fungal growth, including the application of plant materials and salivary secretions that protect developing larvae. As happens in every microbial ecosystem, various microbes compete for access to the sugary pollen ball including opportunistic pathogens (mostly molds) and potentially beneficial microbes that suppress mold growth (Lactobacillus, Acetobacteraceae and sugar tolerant yeasts). Generally, the microbial function of these sticky pollen balls resembles that of silage production, wherein acid produced by fermentative microbes inhibits mold growth, preserving, and in some cases, altering the nutritional quality.

As a pinnacle of bee evolution, honey bees possess more and better strategies to combat unwanted microbial growth, and advanced social organization has provided some unique modifications. First off, honey bee larvae consume very little if any pollen, so by definition, cannot eat the microbial meat growing on pollen. Honey bees possess a functional subgroup called nurse bees that control multiple aspects of colony nutrition. This group of adult bees eat and digest the pollen, bulk up their fat bodies, then feed larvae with highly nutritious jelly using special head glands. Secondly, honey bee stored pollen (or beebread) has virtually no microbial meat. Stored pollen is 50% honey by weight and a highly preservative environment that suppresses microbial growth. In fact, both honey and jelly are notorious microbe assassins each containing a devastating variety of antimicrobials. Together, these two substances buffer the effects of environmental change and allow the honey bee to survive extended times with no forage. The perennial honey bee lifestyle would be impossible without honey and jelly. Not only do these substances buffer nutritional dearth but have also evolved to confront the microbial challenges associated with periods of limited nutrition. One might even hypothesize that the evolution of honey bee sociality was continually refined by relentless microbial challenge during the nutritional shift to a perennial lifestyle. But I digress…

Honey bees do not eat microbial meat. The scientific process relies on thoughtful revision, and revision relies on context. As a social insect ecologist who peer reviews 75-100 scientific papers yearly, I’m constantly asking myself three context reliant questions; 1) Am I capable of reviewing this material? Many manuscripts about bees I cannot agree to review because I lack the context (education or experience) to judge them. 2) Are the methods and results valid?, This is difficult to judge and requires an expert versed in the methods and statistics used by the authors. 3) How were the results placed in context? In other words, does the author’s tasty sandwich square with hypothesized reality, and if not, do their evidence and arguments convincingly address the inconsistencies? This judgement typically requires a deep knowledge of present and past literature surrounding the subject matter. In short, context is everywhere, it is both theory and hypothesis, hardware and software, tool box and blueprint. Automatically created but rarely considered, the mind quickly imposes context on every situation. At the most fundamental level, it is how you distinguish important things from the background. The space devoted to context can dominate an article, or be largely ignored. Unfortunately, context is complicated, longwinded and often boring. To drive my point home, context is defined as: “the circumstances that form the setting for an experiment, statement, or discussion, and in terms of which, it can be fully understood and assessed”. The devil is in the details. Only the science-minded could love context.

In contrast, novelty is fast and fun, and like a new puppy… has sharp little teeth. Context and novelty always compete for space, especially when reducing a scientific article to a twitter blurb, or when sampling select bits of science to support a new product on the market. Presentation of a novel finding requires a dramatic distillation of context, typically producing a short catch phrase that rings the brain bell “wait, what?”…microbial meat? murder hornets? In this age of fast information, novelty is linked inexorably with sensationalism. It’s the silver bullet of science. The breakthrough of the century. It’s the brush used to paint all advertisement, snake oils, and conspiracy theories. Almost by default, novelty is misinterpreted due to limited or missing context. “Based on science” only works if the context is correct and complete. Returning to our example, “bees need meat”, the press release was crafted to highlight the importance of landscape; the flowers and associated microbes sustained by the landscape. The reader was first “hooked” by the scent of sensationalism, satiated by meaty novelty, then for dessert, served a small scoop of context.

But like you, when someone says bees, I see a box with honey supers, a colony on a landscape, an integrated system, a factory in a fortress. I think of beekeeping, honey bee research, whether it happened in a cup, a cage, a nuc, a super, what bees did you sample and why, what time of year, treated for mites, antibiotics, viral load, landscape history…All these factors add variation to the results, some predictable, some stochastic. How do these parts contribute to the collective whole? For the majority of bee publications, much of this variation is either unknown, ignored completely, difficult to attach to the experimental design, or poorly accounted for in the article. Even when you’ve done your due diligence accounting for these factors, honey bee colonies are famous for behaving in ways you’ve never seen before. While I’m sure you’ve experienced this as a seasoned beekeeper, I relearn it repeatedly trying to get bee hives to “beehave” for bee research.

Reducing colonies to cages or nukes can yield statistically relevant results, but often does not predict what will happen to full size hive A or B, on landscape A or B, in season A or B, and so on. To understand any complex system, you must approximate many things. Data is piecemeal, and must be stitched together to assemble a gestalt, a platform from which to build novel understanding.

It is in this context that we interpret the biological and statistical reality associated with honey bee microbial ecology. Not easily reduced to individual terms, a colony is composed of physiologically interrelated groups of activities. Colonies can stay in place or move quickly across a highly variable landscape. The colony is a robust and dynamic social entity, both nurturing and deadly. Colony function relies on the interdependence between groups of individuals performing a variety of different processes in parallel. At the active fringes of the factory, the hive itself is an antibiotic, a prebiotic and a probiotic, populated by a special set of microbes evolved to endure the hive environment. The lion’s share of these microbes are not recently transmitted from flowers, but are present throughout the year, and may be considered “native” to the hive environment. Although not convincingly demonstrated in its entirety, this statement about native hive microbiota reflects an educated opinion based on one scientist’s microbial understanding of honey bees, native bees, and the pollination environment. More context available on request.