In 1896-1897, Bee Culture magazine, then called Gleanings in Bee Culture published its one and only serial novel.

A few complained that they should stick to beekeeping, but most readers found it a welcome diversion from black and pickled brood diseases, cellar wintering vs. chaff hives, and automatic swarm catching devices.

The mystery starts when Fred Anderson, bachelor, beekeeper, Sunday school teacher, and teetotaler, travels to California to seek his fortune. He overhears two men talking about an abandoned cabin and some bee hives along the Sacramento River. Thinking he could do something with them, he takes a steamer upriver. On the boat he encounters a group of drunken ruffians who offer him a swig from their whiskey jug. Discovering that he would rather not, they attempt to force some down his throat. Fred, rather than allowing the foul brew to touch his lips, smashes the jug against the capstan and leaps overboard. He is rescued from the river by the beautiful but demented Miss Alfaretta Buell who lives with her aunt and uncle. 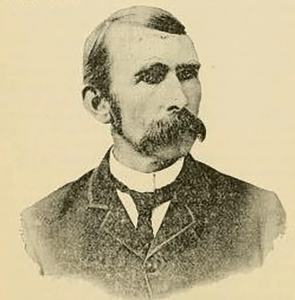 Of course they fall in love, in spite of her mental condition. Alfaretta has some sort of psychic connection with Fred and turns up to save him from a variety of perils.

Fred settles on the ranch of an old Dutchman and acquires an Irish business partner. He has a dangerous run-in with a drunken wife-beating neighbor and survives a flash flood by riding the torrent on top of his workbench. He meets Alfaretta’s long lost father, a misunderstood explorer, scientist, and beekeeper who has discovered a secret valley that, with its hot mineral springs, is a perfect Paradise for a large apiary.

Swashbuckling adventure, humor, romance, science fiction, Sunday school, and beekeeping all in one book – did I mention wild Indians? How about passing messages using honey bees like homing pigeons? Fred Anderson or the Mystery of Crystal Mountain reads like a nineteenth century boy’s adventure story. If you occasionally pull out and dust off your old Hardy Boys mysteries or Jules Verne’s science fiction, you’ll enjoy this book.

The author, John H. Martin, AKA Rambler, was one of the most popular columnists for Gleanings in Bee Culture in the 1890s. He was born in Hartford, NY in 1839 and married in 1868. He managed 200-300 colonies on the family farm. After thirteen years his wife died, and his parents shortly thereafter. He pulled up roots and began to wander across the country, meeting beekeepers and writing about his experiences.

All across the country, beekeepers recognized him by his large moustache, his “long lank appearance, his striped pants, his characteristic long-tailed coat, his ever present umbrella and camera.” He settled in California for several years, but lost his colonies in a long drought. He eventually traveled to Cuba and off the pages of Gleanings. By 1912, a writer in Gleanings refers to Martin in the past tense. 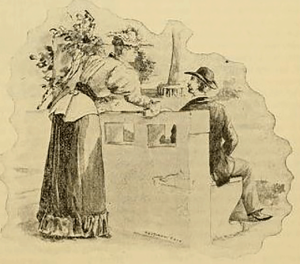 The life of Fred mirrors Martin’s. When you know the author’s history, how poignant is the passage when Alfaretta’s long lost father meets our hero: “Ah, Fred! Little do you know the sorrow in losing one so near and dear as a wife. No more the face greets you at the window; the smile that gave the heart a stronger throb of joy is now only a memory – when I retrace my steps to that desolate home, an unrest seizes me and I would haste away to the far corners of the earth.”

You won’t find this book at your library or on the Bee Culture Bookshelf. But it is available for free on the internet. Go to: https://archive.org/stream/gleaningsinbeecu24medi#page/336/mode/2up or type “Gleanings in Bee Culture 1896” into your search bar. Choose either the Internet Archive or the HathiTrust website and scroll to page 336. The serial starts in the May 1, 1896 issue and ends August 1, 1897. While you are there, read some of the other articles. You’ll learn how much beekeeping has changed in 120 years and how much it has remained the same.

One last warning, before you get to page 783, strap on a life jacket. It’s a wild ride down the Sacramento River in a flash flood, and you can’t count on Alfaretta to save you.