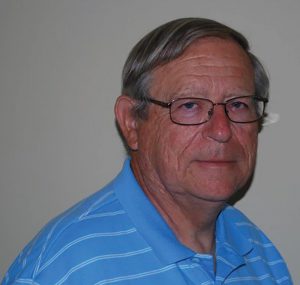 The honey bee queen, mother of all individuals in the colony, determines the inherited characteristics of the colony. Periodic replacement of old queens by young and high quality ones is an important management practice in the commercial beekeeping industry. Virgin queens’ introduction is independent of weight at emergence and genetic relatedness of their receptor worker bees. A total of 243 queens from three genotypes of Apis mellifera lamarckii, A. m. carnica and A. m. ligustica (81 queens of each genotype) were weighed at emergence and allocated into three groups as: light (110-130 mg) 45 queens, medium (140-160 mg) 68 queens, heavy (over 160 mg) 130 queens and introduced into mating nuclei. The weight at emergence significantly affected the introduction success. Queens with heavy weight at emergence had the highest number of introduction successes with 103 queens (79.23%). The medium weight at emergence of virgin queens has the highest number of failed queens with 26 queens (38.23%). The number of drone laying queens was approximately the same for all groups. Genotype of introduced queens was highly significant and influenced their acceptance success. Introducing A. m. carnica and A. m. lamarckii to nuclei with workers from the same genotype had the highest introduction success (Masry et al., 2015).

The survival of honey bee queens to 14 days and 15 weeks after introduction into an established bee colony increases with increasing age of the queen at introduction. Survival rates increased strongly to high levels for queen bees introduced between seven and 24 days of age and at a slower rate for queens introduced at ages up to 35 days. The survival rates were similar for sister queens introduced into two unrelated apiaries suggesting that apiary site and beekeeper management differences had minimal effect on survival rates. A year effect was found but the response to increasing age was similar for the three years (Rhodes et al., 2004).

When ripe queen cells (nine to 10 days after grafting) were placed into queenright colonies, only 15% (zero to 39%) of the resident queens were replaced by a new queen. New queens reared in the queenless half of a temporarily divided colony replaced 50% of the resident queens when the colonies were reunited. Of the queenless control colonies, 90% were successfully requeened by the queen cell method (Boch and Avitabile, 1979).

Little is known about the development of the overwintering population of honey bee colonies in temperate climates. Colonies were subjected to one of four requeening treatments: requeened in mid-Summer with a mated, virgin or colony-reared queen, or left with the original queen (control). Worker survival in cohorts of newly emerged bees introduced to colonies in late Summer and Fall was followed until all marked bees had died. Winter bees were reared over a relatively similar length of time in all treatments, but they appeared earlier in control colonies compared to requeened colonies. The gradual increase in proportion of Winter bees over time was similar among treatments, but requeened colonies lagged behind control colonies. The bulk of Winter bees appeared much earlier in control colonies than in colonies that were requeened. This response demonstrates that cues within the colony (i.e., differences due to requeening) are perceived by workers as part of the conditions that influence Summer bee or Winter bee status (Mattila et al., 2001).

In a test of replacement of queens in queenright colonies, mature queen cells (within about a day of queen emergence) were introduced into honey supers during the nectar flow. In the period 1977-1979, a queen cell was introduced into each of the 919 colonies. An examination made five days after cell introduction showed that queens had successfully emerged from 70.3% of the cells, while 11.1% of the cells had been destroyed, 5.7% contained dead queens, and 12.9% were not found. In a comparison of overwintered and package colonies in 1978, in overwintered colonies significantly more queens (61% vs 44%) and significantly fewer cells were destroyed (8.9% vs 25%). Of 474 introductions in 1978-1979, only 12.7% resulted in successful requeening, whereas 53% of the resident queens were retained and 24% were replaced by new queens reared in the colonies (Szabo, 1982).

Honey bee colonies confined to Winter quarters were monitored from December 5 until March 11 to assess changes in sealed brood production, colony demographics and adult populations during Winter confinement. Small amounts of sealed brood were observed to be continuously present in colonies throughout the Winter. Enough brood was reared during the Winter to produce a small but temporary increase in the adult bee population and to replace most of the adults that died during the Winter. Requeened colonies produced slightly more sealed brood during Winter than colonies that had retained their original package queen. Approximately 34–50% of the adults in colonies in March had been reared during the Winter. In March, the average adult colony was composed of workers that ranged from a few days old to 192 days of age. Average Spring adult populations were 13,274 ± 1,078 (range 5,000 to 20,746) (Harris, 2009).

The effect of late Summer requeening on the subsequent development of honey bee colonies during Autumn (Harris, 2008) and when confined in an indoor wintering facility (Harris, 2009) was extended with observations on sealed brood production, colony size and colony demographics every twelve days from March 11 until August 14 after they were removed from their Winter quarters. Average adult populations declined for the first 48 days, and then recovered over the next 24 to 36 days once adult emergence consistently exceeded worker mortality. Rates of mortality for wintered workers were similar to those recorded for bees emerging in April, May, June, July and most of August. The last surviving bees from worker cohorts marked in September and October 1976 died between June 3 and June 15, 1977. Requeening treatment effects were quite variable and not statistically different. Requeened colonies were, however, generally larger than those headed by older queens when the experiment was terminated on August 14 and these colonies were killed and counted. The nine largest colonies belonged to the requeened treatments and contained on average 8,637 more bees (range 85 to 17,735) than the largest colony that had not been requeened. One of the requeened colonies was estimated to have contained slightly more than 80,000 adult bees at its peak population on July 9 (Harris, 2010).

Forty colonies of Apis mellifera macedonica were established in Greece with naturally-mated sister queens, two frames of sealed brood and two kilograms of bees, and requeened either every year (A), every two years (B), every three years (C) or left to replace their queens through supersedure (D). All colonies were managed in the same way during the seven-year experiment. Brood area was significantly higher in groups A and B than in C or D, except for the first two years. During the first three years, there were no significant differences in honey production between any of the groups, but group D subsequently produced significantly less honey than all other groups. There were generally no significant differences in each year’s honey production between colonies in groups A, B or C, suggesting that requeening every two or three years is adequate (Kostarelou-Damianidou et al., 1995). 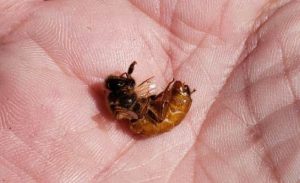 Two-storied colonies can be successfully requeened by raising the original queen and the brood nest above a division board, rearing a young queen from an introduced cell in the bottom box, and then reuniting both levels when most advantageous. There is no need to find queens, and colony manipulation is reduced to a minimum (Forster, 1972).