They play a role in the regulation of honey bee behavioral development and are particularly important in the control of the age-related division of labor.

Biogenic amines are important neuroactive molecules associated with the honey bee nervous system. Physiologically, biogenic amines can act as neurotransmitters, neuromodulators or neurohormones (Blenau and Baumann 2001). They play a role in the regulation of honey bee behavioral development and are particularly important in the control of the age-related division of labor (Schulz and Robinson 1999). The biogenic amines dopamine, serotonin, and octopamine are found in the brain of the honey bee and are known to influence the expression of many types of behavior, presumably by modulating the responsiveness of individuals to various behaviorally relevant stimuli. Treatment studies have revealed the effects of olfactory sensitivity and performance in laboratory learning assays (Mercer and Menzel 1982; Macmillan and Mercer 1987; Hammer 1993).

Biogenic amines regulate the proximate mechanisms underlying most behaviors, including those that contribute to the overall success of the colony. One crucial set of behaviors contributing to the welfare of the colony is involved with nest thermoregulation. Worker honey bees cool the colony by performing a fanning behavior, the expression of which is largely influenced by response thresholds modulated by the social environment. Cook et al. (2017) examined how changes in biogenic amines affect this group-performed thermoregulatory fanning behavior. Concentrations of two biogenic amines, octopamine and tyramine, are significantly lower in active fanners than in non-fanners, but there is no difference in dopamine and serotonin concentrations.  Direct feeding of octopamine and tyramine induced a decrease in fanning responses, but only when both amines were included in the treatment. This is the first evidence that fanning behavior is influenced by these two biogenic amines, and this result is consistent with the typical role of these neurotransmitters in regulating locomotor activity in other insects. Individual variation in amine expression also provides a mechanistic link that helps to explain how this group behavior might be coordinated within a colony.

Taylor et al. (1992) examined changes in biogenic amine levels associated with the morphological and behavioral development of worker honey bees. A significant increase in amine levels in the head of the honey bee is associated with transition from the larval to pupal stage. Adult emergence is also accompanied by a significant increase in serotonin (5-hydroxytryptamine, 5-HT) levels in the brain, but no significant change in brain dopamine (DA) levels. NADA (N-acetyldopamine) levels increase during larval and pupal development, but in contrast to both DA and 5-HT, drop significantly during the transition from pupa to adult.

Levels of dopamine in the brain of nectar and pollen forager bees, presumed to be among the oldest adults sampled, were found to be significantly higher than in nurses, undertakers or food storers. These results suggest that an age-dependent change in amine levels occurs in the brain of the worker bee. In the optic lobes, levels of dopamine and serotonin were found to be significantly higher in pollen forager bees than in all other behavioral groups. Significant differences in amine levels in the optic lobes of nectar foragers and pollen foragers indicate that some differences in amine levels occur independent of worker age (Taylor et al. 1992).

Brain levels of dopamine, serotonin, and octopamine were measured in relation to both age-related division of labor and inter-individual differences in task specialization independent of age in honey bee colonies. The only differences among similarly aged bees performing different tasks were significantly lower levels of dopamine in food storers than comb builders and significantly lower levels of octopamine in guards than foragers, but guards also were slightly younger than foragers. Differences associated with age-related division of labor were stronger. Older bees, notably foragers, had significantly higher levels of all three amines than did younger workers in the hive. Using social manipulations to unlink chronological age and behavioral status, octopamine was found to exhibit the most robust association between behavior and amine level, independent of age. Octopamine levels were significantly lower in normal-age nurses versus precocious foragers and overage nurses versus normal-age foragers, but not different in reverted nurses versus reversion colony foragers. Dopamine levels were significantly lower in normal-age nurses versus precocious foragers, but higher in reverted nurses versus reversion colony foragers. Serotonin levels did not differ in any of these comparisons. These correlative results suggest that octopamine is involved in the regulation of age-related division of labor in honey bees (Wagener-Hulme et al. 1999).

Levels of the biogenic amines dopamine, serotonin, and octopamine were measured in different brain regions of adult worker honey bees as a function of age-related division of labor, using social manipulations to unlink age and behavioural state. In the antennal lobes, foragers had higher levels of all three amines than nurses, regardless of age.  Differences were larger for octopamine than serotonin or dopamine. In the mushroom bodies, older bees had higher levels of all three amines than younger bees, regardless of behavioural state. These correlative results suggest that increases in octopamine in the antennal lobes may be particularly important in the control of age-related division of labor in honey bees (Schulz and Robinson 1999).

Concentrations of two biogenic amines, octopamine and tyramine, are significantly lower in active fanners than in non-fanners, but there is no difference in dopamine and serotonin concentrations.

The effects of environmental and genetic factors on levels of octopamine, dopamine and serotonin in brains from worker honey bees were measured using high-performance liquid chromatography with electrochemical detection. Exiting foragers were stressed by clamping their legs, which resulted in peak elevation of octopamine and serotonin after 10 minutes. Significant seasonal differences in levels of all three biogenic amines were found for bees sampled from an observation colony during the Spring, Summer and Autumn of 1990.  Levels of the amines were highest during June-September, corresponding to high levels of colony foraging activity. These differences may reflect seasonal changes in colony nutrition, population size, or brood-rearing activity. The levels of all three amines were significantly lower in the brains of newly emerged bees than in brains from randomly aged worker bees from the same colony.  Since the total protein content in bee brains was not different for bees from these two groups, age-related differences were not related to brain growth. Significantly different levels of octopamine, dopamine and serotonin were detected among workers in colonies that contained unrelated queens (Harris and Woodring 1992).

Forager honey bees have higher brain levels of octopamine than do bees tending larvae in the hive. To test the hypothesis that octopamine influences honey bee division of labor, Schulz and Robinson (2001) treated bees orally with octopamine or its immediate precursor tyramine and determined whether these treatments increased the probability of initiating foraging.

Octopamine treatment significantly elevated levels of octopamine in the brain and caused a significant dose-dependent increase in the number of new foragers. This effect was seen for precocious foragers in single-cohort colonies and foragers in larger colonies with more typical age demographies. Tyramine treatment did not increase the number of new foragers, suggesting that octopamine was exterting a specific effect. Octopamine treatment was effective only when given to bees old enough to forage, i.e., older than four days of age. Treatment when bees were one to three days of age did not cause a significant increase in the number of new foragers when the bees reached the minimal foraging age. These results demonstrate that octopamine influences division of labor in honey bee colonies. They speculated that octopamine is acting in this context as a neuromodulator (Schulz and Robinson 2001). 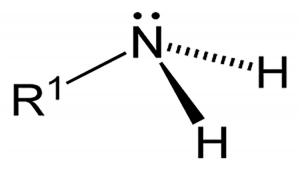 Colony condition and differences in individual preferences influence the type of forage collected by bees. The physiological bases for the changing preferences of individual foragers are not fully understood at this time. Octopamine has been shown to influence age at the onset of foraging and probability of dance for rewards. However, octopamine has not been causally linked with foraging preference in the field.  Giray et al. (2007) tested the hypothesis that changes in octopamine may alter forage type (preference hypothesis). They treated identified foragers orally with octopamine or its immediate precursor, tyramine, or sucrose syrup (control). Octopamine-treated foragers switched type of material collected; control bees did not.  Tyramine group results were not different from the control group. In addition, sugar concentrations of nectar collected by foragers after octopamine treatment were lower than before treatment, indicating change in preference. In contrast, before and after nectar concentrations for bees in the control group were similar. These results, taken together, support the preference hypothesis.

Neuronal plasticity allows an individual to respond to environmental changes by modulating its response to stimuli.  In the honey bee, the biogenic amine octopamine plays a crucial role in appetitive odor learning, but little is known about how octopamine affects the brain. Rein et al. (2013) investigated its effect in the antennal lobe, the first olfactory center in the brain, using calcium imaging to record background activity and odor responses before and after octopamine application. They showed that octopamine increases background activity in olfactory output neurons, while reducing average calcium levels. Odor responses were modulated both upwards and downwards, with more odor response increases in glomeruli with negative or weak odor responses. Importantly, the octopamine effect was variable across glomeruli, odorants, odorant  concentrations and individuals, suggesting that the octopaminergic network is shaped by plasticity depending on an individual’s history and possibly other factors.  Using RNA interference, they showed that the octopamine receptor AmOA1is involved in the octopamine effect.

To explore neuro-endocrinal changes in the brain of honey bee queens before and after mating, Harano et al. (2005) measured the amount of several biogenic amines, including dopamine and its metabolite in the brain of six- and 12-day-old virgins and 12-day-old mated queens. Twelve-day-old mated queens showed significantly lower amounts of dopamine and its metabolite (N-acetyldopamine) than both six- and 12-day old virgin queens, whereas significant differences in the amounts of these amines were not detected between six- and 12-day-old virgin queens.  These results are explained by down-regulation of both synthesis and secretion of brain dopamine after mating. It is speculated that higher amounts of brain dopamine in virgin queens might be involved in activation of ovarian follicles arrested in previtellogenic stages, as well as regulation of their characteristic behaviors.

Mercer, A.R. and R. Menzel  1982.  The effects of biogenic amines on conditioned and unconditioned responses to olfactory stimuli in the honeybee Apis mellifera. J. Comp. Physiol. A 145: 363-368.